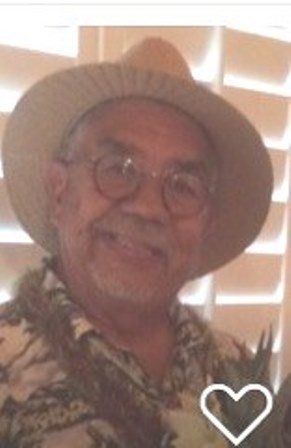 Ruben Ponce Alvarez, 65, passed away on January 21, 2018 at his home in Torrance, CA. He was born May 21, 1952 in Montebello, CA to the late Samuel and Dolores Alvarez. He is survived by his loving wife of 38 years,Catherine Alvarez. After joining the Army, Ruben was stationed in Germany as an SP4 grade E4 until he was discharged in 1973. He then found himself working for the government (again) at the Long Beach and San Diego Naval shipyards until his retirement. Ruben couldn't stay away too long after retirement, and returned to work for the Army Corp of Engineers as a computer tech contractor. One of his first jobs was at KFC where he learned to make the colonel’s real original recipe, and more importantly met the love of his life, Cathy, who he would marry on August 10, 1979. Ruben loved life, to call anything he did “work” would be a disservice to him. He never lacked for things to say and his playful chuckle would always put a smile on your face. He is survived by two siblings, sister Diana Anderson and brother Tony Alvarez. He is predeceased by his younger sister Natalie Peavy and will be sorely missed at all types of sporting events for his numerous nieces, nephews and their children: Brett, Paige, Julia, Sarah and Brynn. "It's not the destination, it's the journey" The service for Ruben will be Friday February 23, 2018 at 10 AM at American Martyrs, 624 15th Street, Manhattan Beach, CA 90266. In lieu of flowers please donate to American Cancer Society or the LA Mission.