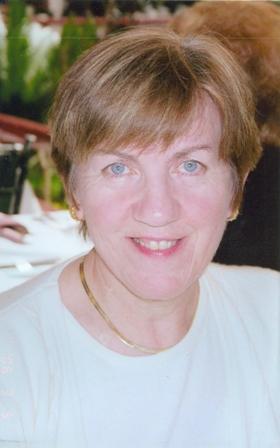 Rosemary Stuart, 61, of Manhattan Beach, passed away December 12, 2011. She was born in Crumlin, County Antrim, Northern Ireland on April 14, 1950. She was preceded in death by her parents Thomas and Kathleen Henry; brother Hugh Henry; and son Ruairi Stuart. She is survived by her husband, Don Stuart; her siblings Brendan, Seamus, Kathleen, Bernard, Dolores, Joseph and Stephen; her daughter Kathleen and husband Joshua Shoemaker; and grandchildren Owen and Jack. She is also survived by many nieces and nephews. Rosary will be held on Friday, December 16 at 7:00 p.m. and Funeral Mass on Saturday, December 17 at 10:00 a.m. both at American Martyrs Church. Burial will follow at Holy Cross Cemetery in Culver City. In lieu of flowers, please send donations to a charity of your choice.