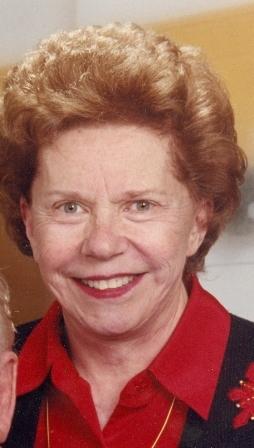 Rose Washburn passed away peacefully in her home in Redondo Beach, CA on Wednesday, July 17, 2013. Rose was born in CA on August 22, 1933. A Special Memorial Service will be held for Rose on Saturday, August 3, 2013 at 11am. Though her diagnosis was never officially confirmed, her doctors strongly suspected she was a victim of either Polymyositis or Myasthenia gravis. Rose is survived by her daughters: Janet, Carol, and Emily; grand children Spencer, Eric, Kelsey, Katelyn, Tim, Ben, and Evan. Rose had been married to her loving and devoted husband Tom Washburn for over 56 years before he passed away approx 18 months ago. To best describe Rose is no easy task. She was so many things to so many people. Amongst her finer attributes would be the following: She was kind, generous, giving, extremely loving, a fantastic listener, honest, loyal, gracious, extremely forgiving, dependable, respectable, charming, wise, and "down to earth." One of her most outstanding traits was this amazingly unique skill to always act as the "peacemaker." When you're a mom and a Grand Mom, as Rose was, serving as the peacemaker is no easy job. But she sure excelled at it. She was always so adept at never "taking sides." She treated all her children equally. When there were the inevitable "family disputes," Rose was always there to step in and help resolve them all. That was her job. She made that her job. And she was an expert at that job! Rose will be greatly missed by us all, and forever.