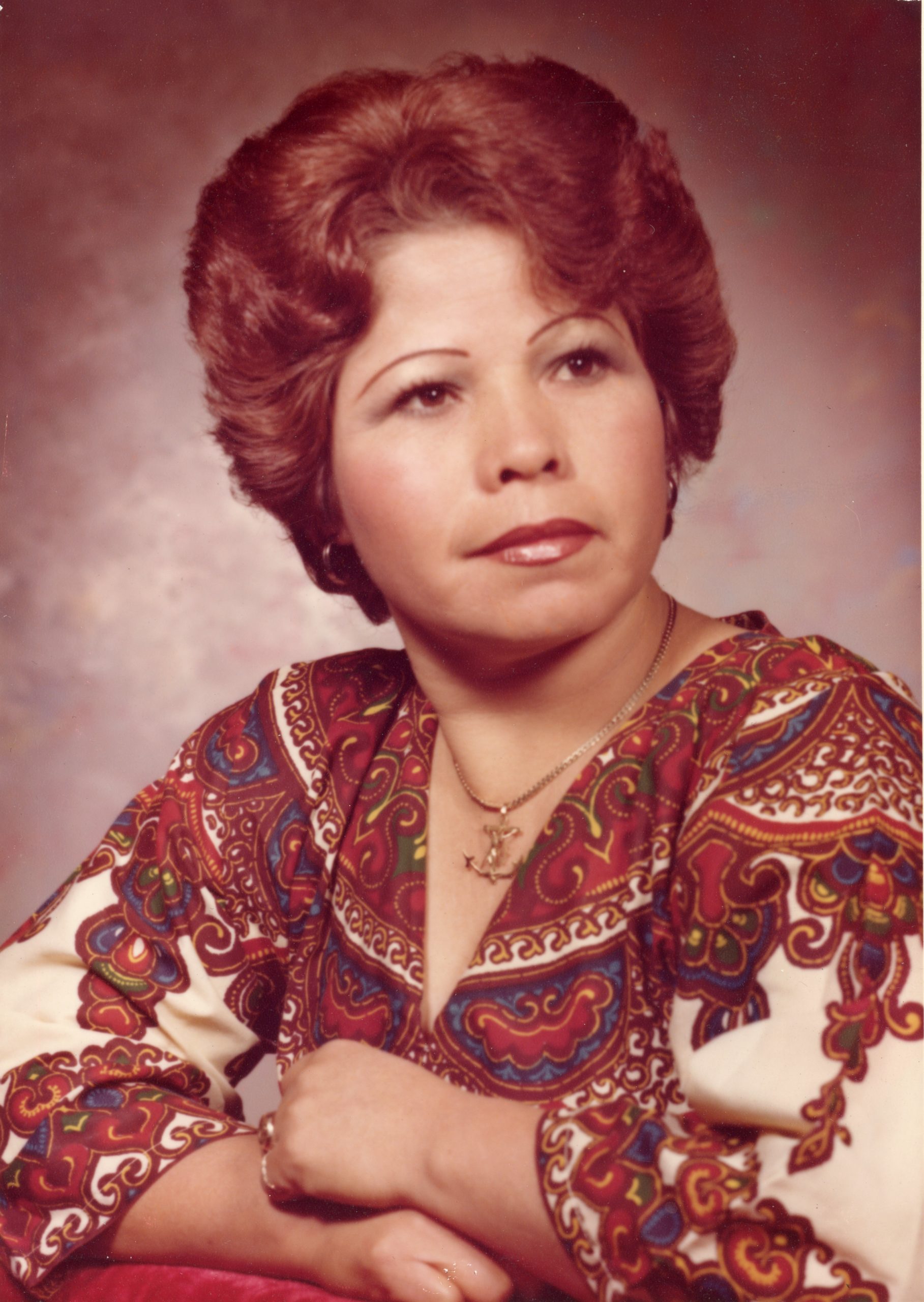 Early morning, on August 29, 2020 Rosa Ruiz Castillo passed away at home with family after a long hard battle with diabetes and kidney failure. Rosa was a loving, mother sister, aunt, nana, and friend. She was the fourth child among her six siblings, Ofelia, Eugenio, Olga, Yolanda, Ma del La Luz and had seven children of her own Mario, Rosario, Arturo, Florentino, Hugo, Olivia, Lupe. She came to this country as an immigrant with no money and very little education to provide a better future for her children. She worked many years at Star Kist Foods cannery as a seafood processor in Terminal Island CA until she retired to help raise her grandchildren.

Rosa was a devoted mother and a great friend to many that became acquainted with her. Most people knew her as a strong women, always spoke her mind and was not afraid to voice it, always standing up to those that tried to take advantage of others. She cared a great deal about her family and friends; she always went out of her way to help others in need even though, at times, she had no financial means to help you but would find a way to bring happiness and a smile to your face especially if you loved a good home made meal.

She always knew or found a way to bring up your spirits by either cooking or dancing with you. Rosa had such confidence in the kitchen; she was well known by many of her friends for her fantastic cooking skills; she was so quick that she can whip up any meal at any given moment. Especially her infamous chile con carne that would make your eyes water while she was roasting the chiles in the kitchen but the end results were the best chile ever eaten. Let’s not forget her handmade tortillas and her famous Sopita that her grandchildren couldn’t have enough off.

Although at times she would tend to cook for an army even though it might just be for two people. Rosa was so passionate about her home cooked meals that she would get up so early in the mornings just to go to the nearby farmers market and walk for miles for fresh vegetables and herbs to prepare fresh meals daily for her family.

She was a small stubborn lady when it came to things she really wanted and would stop at nothing to make sure her family had fresh warm bolillo from the Mexican bakery on some early mornings.

Just as she was so passionate of about her cooking so was her deep Catholic faith. She carried her rosary in her purse especially when she would build enough courage to drive on her own to Mass or when her teenage grandchildren started to drive her around – that was some strong courage she had.

Now that she has gone to heaven Rosa will live forever in our hearts so remember to keep your hearts and soul open to her love and guidance may she now rest in peace.  We will always love you Mama!