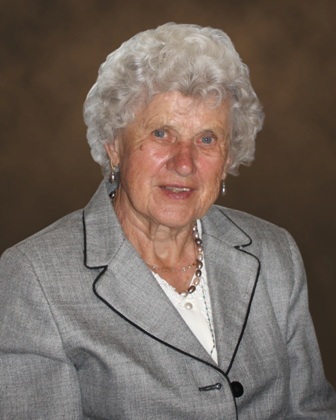 Rosa Wuscht Hegedusch, our beloved mother, omi and friend, passed at the age of 84 on Monday July 14, 2014 in Torrance California. Rosa was born January 6, 1930 in Satnica Yugoslavia and was the youngest of four children, which included two brothers and her surviving sister Evi Zibes. Her parents Josef and Magdalena humbly raised their family on a farm until the war broke out when the family was place into internment work camps. By the grace of God they were able to escape and walk to freedom in Austria. In 1952 Rose with Frank Pfeiffer gave birth to her first child, Minnie. Three years later Rosa and Joseph Hegedusch ventured to a new life crossing the Atlantic to America. Rose had two more children, Freddie and Steve. Once the children started school she worked at Farmer John, where she supported her family until her retirement. As the years went by her family grew to include five grandchildren, who she dearly loved. Daughter Minnie and husband Jim had Ashley and Connor. Son Steve and his first wife, Dory had Stevie and Krissy, and with second wife Maggie they had Cameron. Rose blessed our family and friends in so many ways. She gave us the gift of her wonderful cooking and baking from her European ancestry. All of us had our favorite recipes. Who could forget her homemade sauerkraut and knodel, or her famous German crepes, best known to "chinga" filled with homemade jelly and powdered sugar! She always shared her homemade cakes and cookies with her favorite doctors and neighbors. Her passion for growing roses, and having a garden was a tradition passed on to all of us. Her creative flair that she reminded us when she was a little girl, that she could draw and paint became a family tradition we shared as a group, painting and crafting at holidays. Her son Freddie is a master painter of wood finishes, and designer of furniture; Steve is a carpentry craftsman; and Minnie has a passion for painting, jewelry design. This creative gene of Rose's has spilled over to our grandchildren. She so loved her constant most faithful companions her beloved dogs Tookie and Uti, that were with her till the end, and now are home with Cameron. Rose is survived by her children: Minnie, Freddie, and Steve; son-in-law Jim; grandchildren: Ashley, Connor, Stevie, Krissy, and Cameron; her sister Evi; niece Roswitha; nephew Rudy; cousins and extended family here and in Europe. We will dearly miss our mother, our beloved Omi, and Friend.....you will live in our hearts forever.