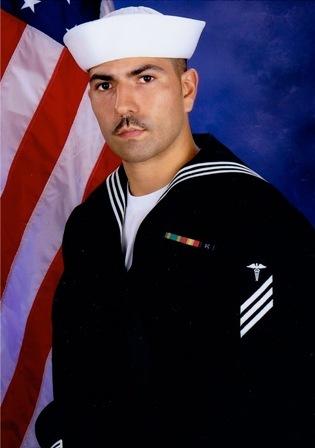 Rory Brandon Aguilera, 38, passed away on July 22 in Los Angeles. Born in Fullerton, California on August 14, 1974, Rory was a lifelong southern Californian and a 1993 graduate of Junipero Serra High School. He will be remembered for the unwavering loyalty and love he showed his family and friends. He was the epitome of a gentleman who was committed to serving others. Rory's sense of duty led him to enlist in the United States Navy. He served with distinction as a Corpsman in the 2nd Battalion, 5th Marine Regiment, receiving the Navy and Marine Corps Commendation Medal for his heroic and meritorious service during a 2004 conflict in Al Ramadi, Iraq. He was also awarded the Navy and Marine Achievement Medal, Combat Action Ribbon, and the National Defense Service Medal, in addition to other citations for his exemplary service. Rory's platoon commander praised him, stating that "I could not ask for a better man to be next to me, whether in battle or everyday life." Rory worked most recently with The World Protection Group Inc. at ICM Partners in Los Angeles and The Brig in Venice, with many of his colleagues and supervisors recognizing his strong character and dedication to those around him. Rory is survived by his father, Larry Aguilera, mother, Risa Zavala, maternal grandmother, Doris Zavala, brother, Robert Aguilera, sister, Lorae Heffner, her husband Hunt and two nieces, Harper and Reiss and numerous aunts, uncles, and cousins. He is preceded in death by his paternal grandparents, Pete and Natividad Aguilera, his maternal grandfather, Salvador Zavala, and younger brother, P.J. Aguilera. Visitation will be held the evening of August 1st at Lighthouse Memorials & Receptions - McMillan Center, 1016 West 164th St., Gardena, CA (310)792-7580. Burial will be held at Los Angeles National Cemetery and Memorial Service at Junipero Serra High School on August 2nd. Arrangements will be made through Lighthouse Memorials & Receptions at (310) 792-7580 or www.lafuneral.com.