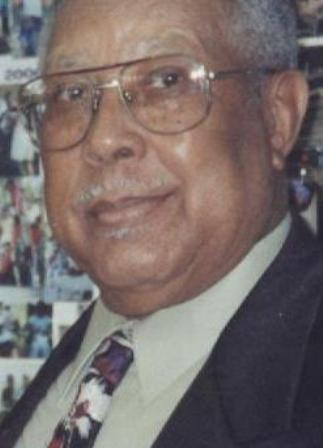 Roosevelt was born in St. Francisville, Louisiana on September 29, 1932 to Kate Hubert and John Metcalf. He was the second child and oldest son of twenty-two siblings. He cherished his time with his beloved grandmother, Chaney Hampton-Thornton, who was big influence in his life. After finishing high school, he joined the military at the age of nineteen years old. He served two tours of duty in the Korean War as an Army Sargent. In 1960, after being discharged from the Army in Ft. Sill, Oklahoma, he relocated to Los Angeles, California. Upon establishing himself in the workforce in the 1960's, he found employment at Clougherty Packing (Farmer John), where he retired after thirty years of devoted service. Roosevelt was a Christian man who loved his church. He first established his membership with the Church of the Living God and continued his service as an Usher until his passing as a member of the Fellowship Christian Community Church. Although Roosevelt's first love was ushering for the Church, his true love was Lizzie. The Church was a major part of their lives and it was where the two first met, united in marriage on Valentine's Day, February 14, 1970, and started their journey with their blended family. To this loving union, one son was born, Corey. Liz will forever cherish her memories of Roosevelt's daily rituals of, "You, ok? Did you have your coffee? Did you have your breakfast?" He was a very caring, nurturing, loving husband and father that is and will be truly missed. He was very active in the Church serving as President, Vice President and Head Usher as well as Trustee and Deacon. He also worked with the Church Youth Group, YMCA and made it a practice to visit the sick regularly. He loved music, especially old gospel music such as "On the Rough Side of the Mountain" by Reverend F.C. Barnes. Roosevelt Norflin departed on Monday, April 15, 2013 at White Memorial Hospital in Los Angeles. He was preceded in death by his parents, Kate Hubert and John Metcalf; daughter, Anita Curtis; granddaughters, Lynn Curtis and Selena M. Dudley; grandson, Lawrence Curtis, Jr. as well as great-grandson, Dylan Cowan. All of his siblings preceded him in death except for his sisters, Madonia Thomas (Baton Rouge, LA); Kate Reason (Oklahoma City, OK); Eurline Singleton (Kenner, LA); and Viola Martin (Houston, TX). He leaves to cherish his memory his loving wife, Liz of forty-three years. His sons, Corey Norflin (Los Angeles, CA); Elzia B. Tate (Assistant Living, Baldwin Park, CA); Michael D. Tate, Sr. (wife-Elsia, Los Angeles, CA); and Jimmy Rider (Placerville, CA). Also, his daughters, Bobby Ann Mars (Baton Rouge, LA); Yvonne Taylor (Los Angeles, CA); Kathy L. Sumosa (husband-Ralph, Denver, CO); Yolanda Butler (Los Angeles, CA); Deana Scott (goddaughter, Moor Park, CA); twenty grandchildren; and a host of great-grandchildren, nieces, nephews, extended family and friends. " Baby, I shall always cherish the loving memories that we had . I love you and look forward to seeing you again." Love, Liz