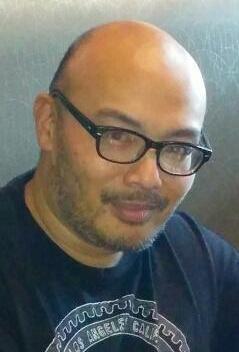 Ronald Siazon Bonoan was born on September 11, 1970 to Isabelo and Rosario Bonoan in Long Beach, California. He attended 232nd Elementary School, Stephen White Middle School, St. Philomena, and Bishop Montgomery High School. After high school graduation, he entered the U.S. Navy on September 19, 1989 and was deployed on the U.S.S. Saipan and toured the Mediterranean Sea. He visited countries such as Portugal, Spain, Italy, Greece, France, and Egypt. During Ron's naval duty, Saipan conducted a non-combatant evacuation operation (NEO), evacuating 1, 600 civilians from war-torn Liberia in support of Operation Sharp Edge. From September 1991 to March 1992, Saipan deployed to the Persian Gulf in support of Operation Desert Storm. Saipan again deployed to the Mediterranean in March 1993, in support of Operation Deny Flight and Operation Provide Promise. Known for high intellect and aptitude for technology, he was given the nickname "Wizard" among his shipmates. He ranked Operation Specialist 3 and received a Navy Unit Commendation, Battle Efficiency "E" Ribbon, Navy Expeditionary Medal, and the National Defense Service Medal. On August 30, 1997, he received Honorable Discharge from the U.S. Navy. Upon returning home, Ron attended Harbor City College and averaged a 4.0 GPA and graduated with an Associate's degree in Engineering. He was accepted in the School of Music at the University of Southern California, and attended USC for a year and half studying Music Engineering. Ron's passion was music and technology. As a young kid, Ron was one of the founding members of Unique Technique established in 1983 and the brand has expanded globally. He earned a reputation of being a talented deejay known as "Ron-E-Boy" and also was part of the burgeoning breakdancing culture in southern California. In college, he played in a jazz band and composed several pieces. He was a talented musician and artist. He always tinkered with technology and was asked by his friends to fix computers, audio equipment and all things related to technology. Following his passion, he worked as a Computer Technician for many years and also was in the video game industry where he tested several games under the Activision brand. Ron was loved by his mother Rose, brother James, and sister Michelle as well as his brother-in-law Martin and sister-in-law Jennifer. He was adored by his nephew Grayson and two nieces, Jenica and Jana. Ron was also blessed with many friends spanning from new acquaintances to old friends from grade school. He was a kind and gentle person with a big heart. Like his father, he never had a bad thing to say about anybody and was always the peacemaker among his friends and family. He was very easy-going and often put others' interests before his own. He showed great courage, strength, and tenacity during the last week of his life, and engaged in a heroic effort to protect his home and family. Everyone loved Ron and he will be fondly remembered by all.