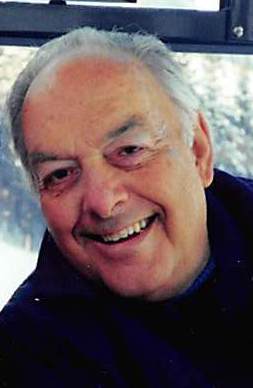 Ronald Nicholas Geltz, age 85, passed away peacefully in his home on Monday, February 19, 2018. He was born in Los Angeles, California to Millard Nicholas Geltz and Mabel Riley Geltz on June 16, 1932. Ron grew up in Los Angeles and attended Saint Anselm’s Grammar School, Mount Carmel High School and Loyola University, graduating in 1954. Following college, he was commissioned a 2nd. Lieutenant in the U. S. Air Force. He remained on active duty until 1957 and joined the California Air National Guard until he retired in 1962 with the rank of Captain. In 1957, he met Joan Watters at a Catholic Alumni Dance at the Beverly Hilton Hotel and they were married on June 20, 1959 at Saint Anselm’s Church in Los Angeles. In 1961 they were blessed with the birth of Ronald Millard Geltz and in 1962 an additional blessing with the birth of Patrice Elizabeth Geltz. The family relocated to Torrance, California in 1961 and have lived in their home for 57 years. In 1957, Ron began his career in aerospace at Hughes Aircraft and in 1961 relocated to North American Aviation (now Boeing Aviation) and continued his career as a Senior Engineering Planner until his retirement in 1992, after 30 years of dedicated service. God, Family and Country were the hallmarks of this kind and generous man. He will be greatly missed by ALL who had the pleasure of his friendship and ALL who were embraced by his love. Ron is survived by his wife of 58 years, Joan, and his two devoted children, Ronald M. Geltz (Denise) and Patrice Elizabeth Ullrich. He was blessed to know and have the love of his five grandchildren: Brooke Ullrich, Courtney Ullrich, Andrea Ullrich, Sarah Geltz and Nicholas Geltz, his beloved sister Rosemary Norling, and his loving niece, Audrey Leonard (Michael). In addition, his life was shared by many, many cousins who added great happiness to his wonderful life. Ron was preceded in death by his parents, his beloved niece Cynthia Little, and his son-in-law Jeffery Ullrich. The funeral mass will be celebrated at 11:00 o’clock on Friday morning, Feb. 23, 2018 at St. Lawrence Martyr Catholic Church in Redondo Beach, California, followed by interment at Holy Cross Cemetery in Los Angeles and a gathering at his son’s residence in Torrance, California. Please call Rice mortuary in Torrance for further information. To Love is to Know Joy. He WAS and IS our FOREVER JOY.