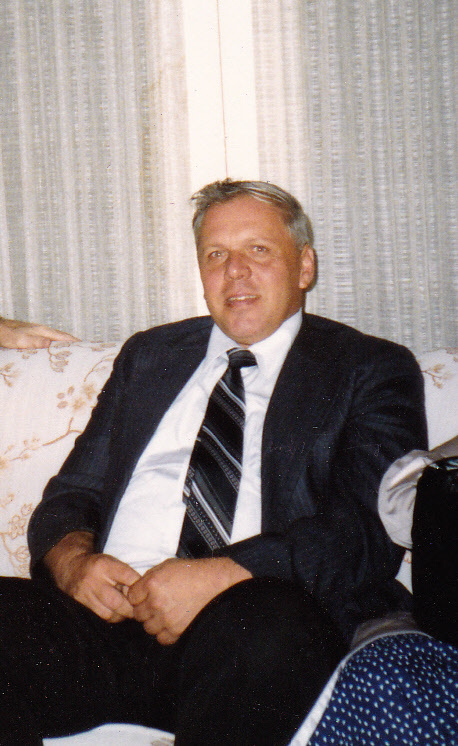 RONALD L. PAPROCK, 70 (1944-2015) A resident of Torrance, CA, passed away on Monday, August 17, 2015. He was born in Louisville, Kentucky, and he graduated Southport High School, Indianapolis, Indiana, Class of 1963. Ron joined the U.S. Air Force immediately after high school and was honorably discharged from Travis AFB in 1964. Ronald was the oldest son born January 10, 1944 to Bernard Edward Paprock, Sr. (WWII Veteran-deceased) and Daisy Lee (Crum) Paprock. Ronald is survived by his mother, Daisy L. Paprock; his sisters, Carole A. Paprock-Lenhert (Joseph), Patricia S. Paprock-Offield (Roy) and Diane Paprock-Kirkland; his brother, Bernard (Bernie) E. Paprock, Jr. (Pam), as well as his estranged wife, Priscilla (Charlene) Paprock; his two daughters, Elaine and Crystal Paprock, along with his nieces, Wendy Long, Nicole Mytels, Jennifer Steiner, Tina Lobato, Sarah Jackson, and finally his two nephews, Jason and Jeffrey Kuntzelman. Ronald enjoyed being in the Air Force and loved his time growing up in Louisville, Kentucky. He was one of many grandchildren of Frank (Lewis) Crum and Myrtle Crum. He had fond memories of his grandparents and being on their farm. His Kentucky roots ran deep in his heart and he loved visiting his family back in Louisville, Kentucky as often as he could. Ron also enjoyed living in Southern California. He loved his family and had a true passion for cars! Ronald was a good man, a hard worker with a kind gentle heart. His smile was infectious. We are all thankful for the memories we shared. Ron will be missed but not forgotten. Forever in our hearts. We will continue to celebrate his life into eternity.