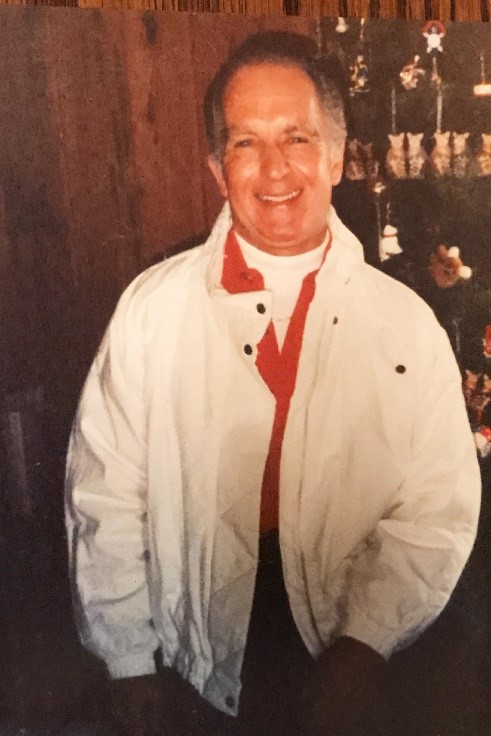 Ronald Edward Kelley (1929 - 2019) Longtime South Bay resident Ron Kelley passed away peacefully on January 17, 2019 in Torrance, California, surrounded by his loving family. Ron was born on March 29, 1929 in St. Louis, Missouri to Audrey and Bonnie Kelley, and was the elder brother of Wayne Kelley (1932-1996). Ron had a colorful and adventure-filled childhood, living on a farm in the rural Ozarks where he learned to fish and hunt. He graduated from Maplewood High in St. Louis, then served in the United States Air Force as an aircraft flight mechanic during the Korean War. Relocating to California in the 1950s, Ron embarked upon a successful career in the aerospace industry as a test-technician which included hands-on involvement with the Apollo 11 moon landing in 1969. Ron was an avid music lover with diverse tastes ranging from jazz and rock to country and western, and enjoyed ballroom and swing dancing. He was also an auto enthusiast and the original owner of an immaculate late ‘50s Chevy Nomad station wagon. Ever dedicated to fitness, he arose daily at 5am to do a military workout well into his late 80s. His first marriage was to Patricia Frazier (1933-1991) with whom he had two children, son Michael and daughter Melinda. Ron is survived by his second wife of twenty-four years Faye Rutledge, son Michael, daughter Melinda, granddaughters Amanda, Sophia, and Julia, stepchildren Mike, Karen and David, step-grandchildren Hillary, Matthew, Greg, and Kristie, and many loving in-laws within the Kelley and Rutledge families. Those fortunate to know Ron will remember him for his energy, vitality, zeal, wit and humor,and for his dedication to perfection in doing all things “TRW”—The Right Way. In lieu of flowers the Kelley family is requesting that donations be made to Caring House Hospice in Torrance who provided Ron with excellent care. You may read about Ron’s life on the Caring House website at: https://yourcaringhouse.org/meet-ron-kelley/ For donations: Caring House, 2842 El Dorado St, Torrance, CA 90503 + (310) 796-6625 / Website: https://yourcaringhouse.org/