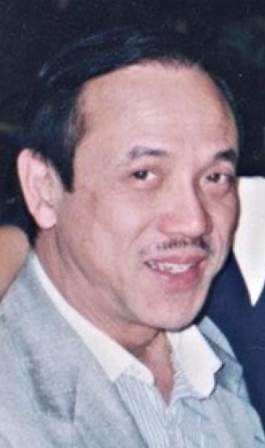 Rolando Fernando, 71, entered eternal life on December 17, 2014 in Manila, Philippines. He was born on March 13, 1943 in Imus, Cavite, Philippines to Florentino and Paula Asuncion Fernando Rolando was an extremely intelligent young child, accomplishing anything he set his mind to do. At a very early age, his kind and altruistic nature geared him to pursue a career in medicine. He graduated from Manila Central University, School of Medicine on May 1965. His spirit of adventure, brought him to the US. Passing the US board to practice medicine, Rolando found himself in a straight surgical residency at Worcester City Hospital in Massachusetts. He continued his surgical residency at Lewis Gale Hospital in Roanoke, Virginia from July 1966 to December 1967 and traveled to Colorado State Hospital in Pueblo, Colorado from July 1967 to June 1970 for the second half. He then had a preceptorship in general surgery at Monfort Hospital in Ottawa, Canada from July 1970 thru June 1971. His travels took him to Rogers Memorial Hospital in Washington, D.C. from October 1971 thru June 1972, where he was a surgical resident and Emergency Room Physician. He completed his surgical residency at Surgical Associates in Mason City, Iowa from July 1972 thru June 1973. He began his private practice in 1973 in Maquoketa, Iowa from July 1973 thru June 1982. He moved to King City, California in July 1982 and held private practice there until 1991. In 1991, he met his wife Marylou and moved down to Los Angeles, California to begin his private practice in general and cosmetic surgery. He was in private practice in LA from 1991 to 2004. Rolando was a member of; the American Medical Association; American Society of Bariatric Physicians; American Association of Gynecological Laparoscopists. He was a Fellow of the International College of Surgeons and an Associate Member of the Academy of Cosmetic Surgery. He and Marylou traveled back and forth from the US to the Philippines, while he held a private practice in the Philippines from 2004 until his untimely passing. Rolando was adventurous, brave and noble. He served in the United States Air Force, enlisting as a reserve in 1979 with the rank of Major. He completed his training as a flight surgeon in November of 1986, He was called to active duty for Operation Desert Storm in 1991, aiding and operating on wounded soldiers injured at the forefront. Completing his patriotic duty, he was Honorably Discharged in 1999 with the rank of Colonel. Rolando enjoyed traveling, visiting casinos, reading and researching history, and criminal science, but above all, he enjoyed spending time with his family who loved him so very much. He devoted much of his time and energy in helping those who needed help. He was a very kind and gentle soul; with a loving and generous heart, and was always giving to others. He will be truly missed. He is survived by his wife, Marylou; their two daughters and husbands; Jennifer and Neilson Villanueva; Lesley and Gabriel Palomares; and four granddaughters; Joanna, Natalie, and Monica Villanueva and Samantha Palomares. His celebration of life will take place on Saturday, December 27, 2014 from 4pm – 8pm at Rice Mortuary at 5310 Torrance Boulevard, Torrance, CA 90503.