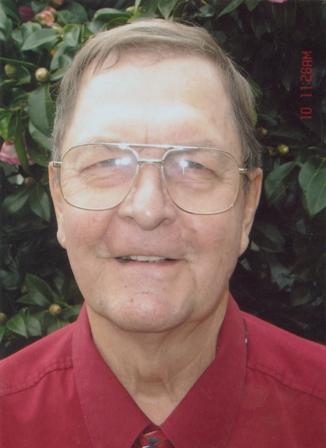 Roger Glenn Reger (aka: Rodger the Dodger, Dad, Grandpa) died March 18 2012 at his home in Redondo Beach, CA, succumbing to liver cancer. Roger was born on February 26, 1933 in Morton County, ND, the first of three sons to parents Art and Hilda Reger. He was raised in Eldridge, ND where his parents owned the Reger General Store and Post Office for almost 40 years. He graduated from Jamestown High School in 1951. He joined the Navy in 1952 where he served in the Korean War in Japan and elsewhere abroad. He received his BA and first of two Masters Degrees in Administration and Special Education at the University of Texas in Austin in 1960. From there, he attended the University of Michigan at Ann Arbor where he received his second Master's Degree. He received his PhD in Psychology and Special Education from Eastern Michigan University at Ypsilanti in 1967. Mr. Reger worked as Director, Special Educational Services, for the Board of Cooperative Educational Services (BOCES) for Erie County in Buffalo, NY. He served previously as school psychologist in the Wayne, Michigan and later on for 10 years with the Niagara Falls school district. He wrote and co-authored three books in his field of specialty - paving the way for a new outlook on school psychology and developmental and special education. He lived in the Western NY area where he helped to raise his three children, until he moved to the Los Angeles area in 1995. He bought a home in Jamestown, ND in 2009 where he enjoyed the summers and an occasional trip in winter. He attended Grace Episcopal Church in Jamestown, ND. He was a crossword puzzle enthusiast, an avid reader and had a passion for classical music, he could hear a piece and usually tell you who the composer was. He was a member of the Elks Lodge in Redondo Beach for 16 years, and he also served several years as President in two Redondo Beach Senior Clubs - both Veterans Park and Perry Park. Roger was a tree enthusiast and was very proud of his gardens where he grew giant sized sunflowers and many other summertime vegetables. He enjoyed fishing and woodworking and spending time outdoors. He liked to travel, and always said "life is an adventure", always having a trip planned to have something to look forward to. Roger is survived by his son John Reger (Eldridge, ND), his daughter Jane Knaus (Jeff) (Torrance, CA), two grandchildren Craig and Kristen Knaus (Torrance, CA) and two brothers Duane (Alexandria, VA) and Dennis (T) Indio, CA. He is preceded in death by his son (Karl Reger) and his parents. Celebration of Life Service: Friday March 30th, 4p.m. at the Redondo Beach Elks (hosted by Rice Mortuary). In lieu of flowers, donations can be made in Roger's honor to The Redondo Beach Elks Club, his "home away from home".