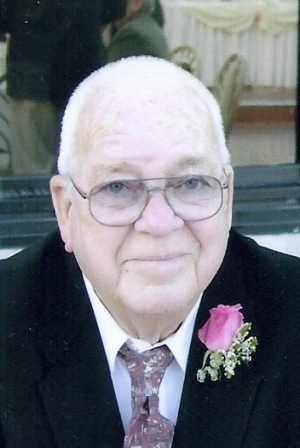 Roger E. Williams, 83, of Torrance, CA, died peacefully in his sleep surrounded by family, on Sunday, July 27, 2014. Roger was born September 12, 1930 to Edgar and Ann Williams in Lewiston, Maine. He served our country in the Air Force until honorably discharged. In 1953, he married Phyllis Reitz, the love of his life and they celebrated 61 years of marriage this past June. He is survived by his wife, Phyllis; daughters Judi (Dwight) of Torrance, Danette (Bruce) of Lancaster and Jennifer of Torrance; as well as grandchildren Heidi, Haley, David, Christopher and Drew. He also had three great-grandchildren, Emmie, Luke and Brodie. He is preceded in death by his parents and five brothers and sisters. Roger worked for Chandler's Sand and Gravel for 35 years and loved his job. He enjoyed woodworking, camping, fishing, traveling and cooking. He loved sorting through money and saving his pennies. His collection was staggering! He was also famous for his Italian sandwiches and making Christmas candies during the holiday season. Roger looked forward to going to the donut shop each and every morning to chat with his old buddies. He never missed a day unless on vacation or ill. Roger was a devoted husband and father. Spending time with his family was what he enjoyed most of all and his family has wonderful memories of great vacations and family time together. Services to be held on Friday, August 8th at 2 pm. at Rice Mortuary 5310 Torrance Blvd. Torrance, CA. 90503 In lieu of flowers, the family would appreciate donations be made to Hospice in care of Torrance Memorial Hospital.