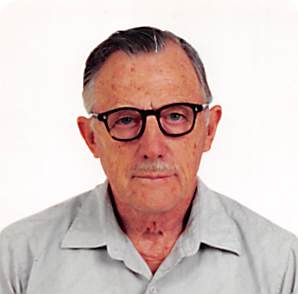 Robert W. (Bob) Lofstrom Robert Lofstrom passed away at Los Alamitos Medical Center on August 17, 2017 at age 95 with his family at his side days after suffering a stroke. Bob was born September 11, 1921 in Blossburg, Pennsylvania. He was born to Swedish immigrants and grew up in Elmira, New York with 10 siblings. Bob joined the US Army and served in Europe during WWII, along with many of his brothers, two of which died there. After the war he married Louise Marie Chase in 1946, and moved to Long Beach, California. There he attended Long Beach State University studying Marine Biology and joined the US Navy. After being discharged from the Navy, Bob settled in Carson, California to raise a family. Bob gained employment at Union Oil Company Refinery in Wilmington where he worked in operations. In his spare time he enjoyed golf, tennis, and playing bridge. More than anything he loved to read and was fascinated by the world around him. Bob was an honest, hardworking, and charitable man who at the same time was famously frugal. Upon his retirement from Union Oil in 1981, he contracted with them traveling the world as a specialist for their patented Unicracker Refining Process. In 1997 Bob moved into Seal Beach Leisure World where he resided until his passing. He enjoyed his leisure time and the friends he made during his years there. Bob was preceded in death by his wife Louise and his son David. He is survived by one brother Jim, daughter Susan, son Gary (Holly), grandchildren Lindsey, Karen (Tim), David (Angie), Jenna (Brad), Jessica, Kyle, Collin and Mason and three great-grandchildren. A celebration of Bob’s life will be held on September 16, 2017 at 11:00 a.m., at the COMMUNITY CHURCH Leisure World Seal Beach, 14000 Church Place, Seal Beach, CA 90740. In lieu of flowers donate by visiting pinnipedlab.ussc.edu and select Get involved.