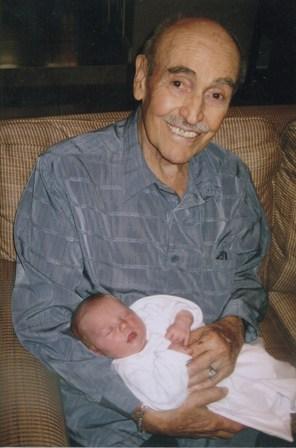 Robert T. Watrous, 87, of Redondo Beach, California, passed away June 1st, 2012, with his loved ones by his side. He was born March 13th, 1925 in Los Angeles, California, the son of late George and Isabelle Watrous and had one sister. On August 19, 1949, he married his beloved wife, Kathryn L. Kanouff. He enlisted in the U.S. Navy in 1943 and served at sub-base Pearl Harbor during WWII. After the war, he joined the LAPD and served for 30 years until retirement in 1977. After he retired, he worked for over 10 years as a teacher's aide at Hermosa Valley School in Hermosa Beach, California until 1996. He is survived by his son and daughter-in-law, Steve and Christy Watrous; daughter, Pamela Mock; granddaughter and grandson-in-law, Alison and Matthew Conrad; 3 great-grandchildren, Kathryn, William and Kennedy Conrad; and sister, Geraldine Kelly. Mr. Watrous was preceded in death by his wife, Kathryn, who passed away in 1987. A service will be held June 8, 2012 at White and Day Colonial Mortuary in Torrance, California. Burial will take place at Inglewood Park Cemetery.