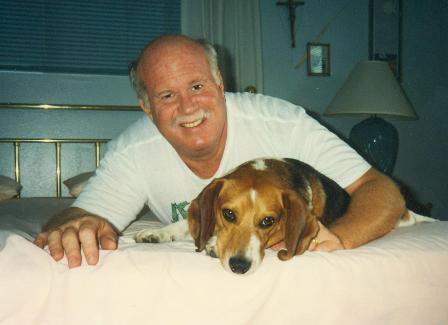 Robert Nicholas Ingino of Redondo Beach passed away on March 6, 2014, at the age of 73. Born to Ralph and Lena Ingino in Philadelphia, PA, he was the middle child between his brother Michael and sister JoAnn. Bob, as he was known, was a proud Air Force Veteran where he was a Captain before leaving the service in 1973, was a college graduate who loved to read, was a student of history and loved sports, especially his home town Philadelphia teams. He is survived by his wife Helen, to whom he was married 47years, and his sons Robert and Andrew. He will be forever in our hearts as a loving Son, Brother, Husband, Father, Uncle, Grandfather and Friend. Bob's soul was a rare bright light who shined into every life he touched; he will be remembered always. Viewing services with be held at White and Day Colonial in Redondo Beach on Wednesday March 12th between 5:30pm and 9:00pm. Funeral services will be Thursday March 13th at 10am at Our Lady of Guadalupe in Redondo Beach.