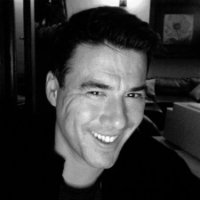 Leland Smith October 14, 1965 ~October 31, 2017 Leland Smith, a self-made man and proud father of two, passed away in his home in Manhattan Beach, California on Halloween, at the age of 52. Robert Leland Ball Smith, Jr. was born to parents Robert Leland Ball Smith and Norma Elizabeth Ward Smith on October 14, 1965. The eldest of the Smiths’ four children, Leland grew up on the family’s ranch in Maple Valley, Washington, outside Seattle, and enjoyed a childhood of family camp trips, little league, and family travel via United Airlines, for whom his father was a pilot for 33 years. A Renaissance boy, Leland was proficient as a trumpet player (joining both the Tahoma High School marching and jazz bands), as well as being on the wrestling and baseball teams for four years. In 1983, he moved to Southern California to attend Claremont McKenna College, near his paternal grandparents Dan C.A. and Mary Smith of Redlands. After four years of study, including a term at the Institute for European Studies in Vienna, Austria, Lee graduated with a Bachelor of Arts in International Economics in 1987. It was on a trip to Mexico that Lee met his future wife, fashion designer Erin Murphy. The two married on the family ranch in 1995, having already started their partnership with their upscale children’s and women’s clothing lines, Baby Lulu. Leland would continue on as the company’s CEO for 26 years until his untimely passing due to natural causes. In 1996, the Smiths made their home in Manhattan Beach, raising their children Chloe Anya, now a sophomore at Southern Methodist University, and Everett Matthew, a senior at Mira Costa High School, in the beach side community. In Leland’s 30+ years in Manhattan Beach, many siblings, cousins and high school friends followed; he served as a mentor to many in his extended circle, and was always quick to share advice, give generously, or flash his wry smile. Though he and his wife split in recent years, the family remained close and engaged. Leland was a member of American Martyrs Men’s Cornerstone, a real estate investor, he had a standing tennis lesson for the last ten years at MBCC, and found time for other activities including golf and a cup of coffee at the many local coffee shops. He also spent time with his parents in the Northwest, and family across Southern California. Perhaps his biggest devotion was to Manhattan Beach Little League, serving for over a decade. Leland will be greatly missed by his extended family, which includes sister Elizabeth (and Kevin Hight of Austin, Texas), brothers Jeffery (and Lilian of Redondo Beach, CA) and Michael (and Shannon of Denver, Colorado); five nieces, many aunts and uncles, and 26 first cousins, among others. A celebration of Leland’s life will be held on Friday, November 17, 2017 at 1:30pm, in a funeral Mass at American Martyrs Catholic Church, 624 15th Street, Manhattan Beach, CA 90266. In lieu of flowers, the family asks that memorial donations in Leland’s name be made to Manhattan Beach Little League at, PO Box 3852 Manhattan Beach, CA 90266 (info at mbll.org).