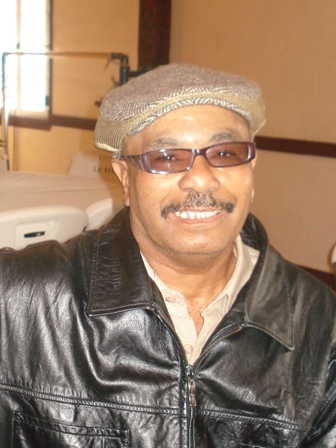 Robert Lee Kirkwood Jr., was born August 31, 1950 to Robert Lee Kirkwood Sr., and Rose Anna Smock in Los Angeles Ca. Robert, who preferred to be called "Bob" Attended Grape Street Elementary, Markham Junior High, and David Starr Jordan High. As a teen and into his adult years, Bob worked as a Printing Press Operator for two printing shops, one located on Wilmington Ave., and the other one located on Willowbrook Ave., both located in South Central California. Later Bob worked as a custodian for the City of Los Angeles, in downtown L.A. Bob fathered five children By Ruthie Henderson; Dion, Sheshawn, Marlon, Robert 1st and Anna; and one son by Annette Cooper, Robert Lee Kirkwood, II. Annette had an older daughter, Shonda, who Bob adopted as his own. Later in life, Bob fathered two sons Nicholas and Robert lll with Nikia Powell. In his younger years Bob loved to dress to impress, wearing tailor made designer fashions and enjoyed the Low Riders experience in cars. He had a 62 Impala, with hydrolic lifts, and would sit outside parties playing the latest Smokey Robinson, The Dells, Delfonics and Stylistics hits. Later in life he took up the sport of cycling, he would ride all over Los Angeles and Long Beach; most of the time taking one of his kids with him. Boy did Bob have an imagination. He could tell stories that were so convincing that there was no way it could not be true, but when you walked away and common sense kicked in and you would think, that's not true. You look back and Bob would be smiling (another one bites the dust). Even while in the hospital when asked by the nurse taking care of him about his tattoos and the work he did before, his response was "a stripper". That was his way of entertaining and making people laugh from being pranked. Bob loved people and loved his family with all his heart. Bob was preceded in death by his Son, Robert Lee Kirkwood, ll; Mother, Rose Anna Smock; Father, Robert Lee Kirkwood Sr.; Sister, Harriett Geraldine Harmon; and Brother, Herbert Nelson Kirkwood, and his grandson Dayveon He leaves to mourn his passing; Sister, Nettie Rose Rafee; Eight children; Dion Kirkwood, Sheshawn Kirkwood, Anna Jenkins, Marlon Kirkwood, Robert Kirkwood lst, Nicholas Kirkwood, Robert Kirkwood III and Shonda Youngblood; 14 Grandchildren; 2 Great-grand and, last but not least, his loving companion of 44 years Annette Cooper.