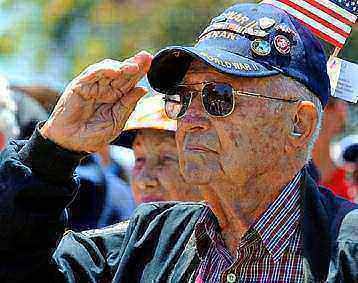 Robert Lee Brigham, a resident of the South Bay for 67 years, passed away peacefully at home on Friday, August 3, 2012. Born in New Salem, ND, Robert was 89 when he died. He served in the Army during World War II. On June 7, 1944, he landed on Omaha Beach, was captured in St Lo, France and after spending 9 months as prisoner of war in Germany was liberated. He was a faithful member of the Carson VFW post, 10166. Robert loved to give of himself, volunteering many years for Meals on Wheels, VFW Long Beach Hospital doing bingo, driving veterans to appointments and helping them in any way he could. He also helped at Harbor Interfaith Services and through the years, assisted many family members and friends when in need. He was a very thoughtful and loving husband, as well as, a generous, kind and giving father, grandfather, brother and uncle. Robert is survived by his wife of 7 years, Doris Brigham; son, Robert (Sandra) Brigham of Warsaw, IN; sisters, Virginia Weibel and Netta Plante; 3 grandsons, and 5 great grandchildren. He was preceded in death by his parents, Burton and Mary Brigham; wife, Patricia; brother, Henry and sisters, Irene and Shirley. A memorial service will be held on Sunday, August 12, 2012, at 2:30 pm at Rice Mortuary in Torrance. There will be a viewing from noon - 2:30 pm and a reception following the memorial service until 5:30 pm. The burial will be held the next day at 11am at Riverside National Cemetery. In lieu of flowers, the family asks that donations in Robert's memory be made to American Ex-Prisoners of War, Wounded Warrior Project, Torrance Meals on Wheels or Harbor Interfaith Services in San Pedro.