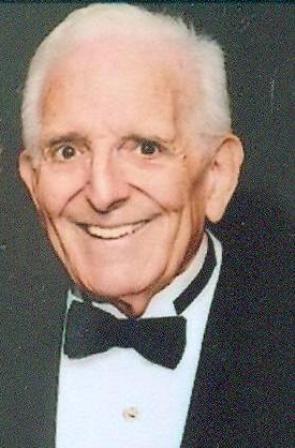 ROBERT LAWRENCE RICE Rice, Robert "Bob" Lawrence, a life-long resident of the South Bay, passed away last Thursday July 2, 2015 in Torrance, CA. He was born in San Pedro CA, on May 29, 1931, to parents Barbara and Foster Rice. He had a passion for his Lord and Savior Jesus Christ, was devoted to his precious family and friends, --- and always, there was football. Bob was known as a man of integrity. Honest, unselfish, conscientious and humble, he loved and served his country in the Navy during the Korean War. Bob was an active member of Christ Lutheran Church for more than 45 years. He attended Bible Study groups, ushered on Sunday morning and served on the Board of Elders, acting as Head Elder several times. He was also active in Church fundraising events and chaired two successful campaigns. As a student at Narbonne High School, Bob excelled in academics and enjoyed playing sports. He was on the varsity football team for two years and enjoyed track and field events. After graduation from high school he attended Harbor Community College and UCLA before his Naval Reserve Unit was activated and he was off to Japan on an extended tour with the US Navy aboard the USS Ajax. Upon returning to the states he married his high school sweetheart, L'Cena Brunskill and used his G.I. Bill to attend USC - where he became a loyal Trojan. As a USC student, he had the opportunity to sign up as an usher at the Los Angeles Memorial Coliseum when the Trojans took the field on Saturday. He enjoyed the experience so much he continued to usher for twenty years before becoming a season ticket holder. He has attended Trojan home games for sixty years. Football also captured his interest on Friday nights when he would attend Redondo Union High School games where all three of his children played football, tennis and wrestling. At USC Bob earned his BS degree in Education and a Master of Business Administration degree. Bob later attended Loyola University where he received his Law Degree. After graduation he worked for Prudential Insurance Company for thirty years as House Counsel and in the Real Estate Division. Bob is survived by his wife of sixty-three years L'Cena Rice of Redondo Beach; sons Lawrence (Jan) of Virginia Beach, VA; Warren (Donna) of Naples, FL; Ronald (Karin) of Cary, NC; grandchildren Nicholas, Caroline, Alexander; and sister Sandra Scales of Grants Pass, OR. Family and friends will gather on Wednesday July 8, 2015 from 4:30-8pm at Rice Mortuary in Torrance. A Funeral Service will be held at Christ Lutheran Church in Rancho Palos Verdes on Thursday July 9 at 11AM, with a Reception to follow in the Church Hall. Burial will take place at Inglewood Park Cemetery. In lieu of flowers, memorial contributions may be made to Christ Lutheran Church, USC Athletics, or Gamma Phi Beta Foundation.