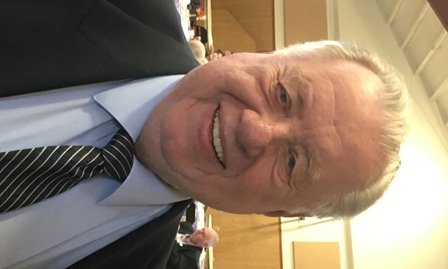 Robert Andrew Robert "Bob" Andrew, 80, died unexpectedly on November 7, 2017 at home. He is preceded in death by his loving wife, Della Andrew. He leaves two daughters, Kandice and her husband Mark Speed, their children; Amelia, Gabrielle, Joel and Kaelyn, of Beavercreek, Ohio; and Heather Trommald and her sons Andrew and Thomas, of Huntington Beach. Bob's parents were John and Edith Andrew. His father was a postman and pastor and his mother was a manufacturing worker. Bob moved to Los Angeles in the 1950s to attend Pepperdine College where he graduated with a BA degree in History. Bob then became a newspaper reporter working for the Herald Examiner, the Orange County Register and finished his career at the Long Beach Press-Telegram. He met his wife of 52 years, Della, shortly after graduating from Pepperdine in 1961. They married two years later. Bob and Della performed volunteer work at their church, with the charities Love In the Name of Christ, Light at the Lighthouse, and Loaves and Fishes. Bob was an elder in the Del Amo Christian Church and served at the Torrance First Baptist Church until his death. A memorial service, will be held at Torrance First Baptist Church starting at 10:30 a.m. Saturday, December 9, 2017. In lieu of flowers the family suggests making a donation to Love INC 1881 N Gaffey St # D, San Pedro, CA 90731 (310) 831-5683.