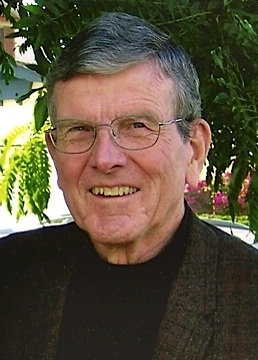 Robert "Bob" Thune passed away early in the evening of January, 21, 2016 surrounded by his children. Born February 27, 1930 in Mitchell, South Dakota, Bob moved to Torrance in 1961. He is preceded in death by his wife of 54 years, Carlene. He is survived by his children, Kari (Joel) Daniel, Cheryl (Chris) Wilson and Brian Thune and grandchildren, Rachael, Fletcher and Jack (Lauren) Wilson. After graduating from South Dakota School of Mines & Technology and serving in the Navyat El Toro he received his Masters at the University of Wisconsin. While stationed at El Toro he met the love of his life Carlene. An employee of Hughes Aircraft, Bob worked 35 years as an engineer. A lifelong member of First United Methodist Church Redondo Beach, Bob enjoyed singing in the choir and lasting friendships from the church congregation. Bob loved deeply, honored friendships and had a quiet dependability that was admired by friends and family. A devoted husband, cherished father and generous Papa, he will be missed by all. The Service will be held at 2:00 pm on Saturday, February 20, 2016 at the First United Methodist Church, 243 S. Broadway, Redondo Beach.