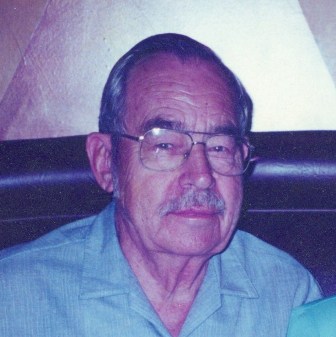 Robert (Bob) I. Johnson passed away on July 29, 2012 in Torrance, CA. Born on April 2, 1918 in Coeur d' Alene, Idaho he was a resident of Gardena, CA since 1948. Serving in the Army, Bob was a Veteran of WW II. He was a lifetime Member of VFW Hall 3261 in Gardena, and a State Commander in 1967-1968. Bob was also a life member of the Masonic Lodge of Spirit Lake, Idaho. Bob is survived by Margaret (Margie) his beloved wife of thirty-four years; two sisters, Elenore and Doris; his son Steven Johnson(Tammy and daughter Jacquelyn Cross(Steve); step-sons Rick Niezgodzki (Linda) and Dan Niezgodzki (Linda); four grandchildren; four great grandchildren; three step-grandchildren; and four step-great grandchildren. Bob is preceded in death by his daughter Karen Wicker; sister Pat Armstrong (Bob); step-son Larry Niezgodzki (Linda) and step grandchild Matthew Niezgodzki. Bob enjoyed relating stories of his life, especially of his Army days. One of his passions was to travel with his wife Marge in their Fifth Wheel. He is and will be missed by many. In lieu of flowers please send donations to the American Foundation for the Blind or the American Cancer Society. Visitation will be held Thursday, August 9, 2012 at Rice Chapel from 4-8 p.m. Services will be held Friday, August 10, 2012 at Rice Chapel at 10:00 a.m. followed by burial at Roosevelt Memorial Park. A Reception will then be held at the VFW Hall in Gardena. Please use this website to send the family messages, share memories, or to obtain directions to the services.