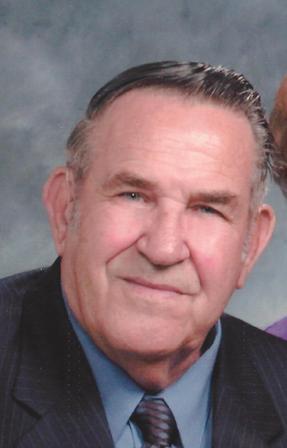 Robert Harry Michaelsen, 85 years old, passed away on April 8, 2014, in Torrance, California. He was born on October 27, 1928 in Correctionville, Iowa, to Harry Christopher Michaelsen and Sarah Bernice (Jones) Michaelsen. Bob served in the United States Army from 1950 to 1952 during the Korean War and was based in Germany. While stationed at Fort Hood near Killeen, Texas, Bob met the absolute love of his life, Marjorie Jean Michaelsen, who was a member of the Women's Army Corps. They married on May 12, 1951, and their love flourished for 60 years until Jean's death on May 2, 2012. For nearly 30 years, Bob was employed by Chevron Refinery in El Segundo, California, where he retired as a Head Operator in 1989. Bob was a voracious reader, and he especially enjoyed the genres involving westerns, mysteries, and thrillers. He could be found reading almost anywhere at any time, especially on his Kindle electronic reader, whether it was while he was relaxing, camping, travelling, or waiting while his wife shopped. Bob's other passion was watching the Los Angeles Dodgers baseball games on T.V. All work stopped when a game was on! An avid fisherman, Bob enjoyed the challenge of catching a variety of fish and the opportunity to teach his grandchildren the fine art of the sport. Bob also enjoyed 1950 Ford cars and early 1950's Chevrolet pick-up trucks, including one that he nicknamed "The Burrito." Bob loved to camp with his wife and two children at parks and lakes in California. After the children were grown, Bob especially relished travelling with his wife throughout the United States, Canada, and Europe. Bob is survived by his son, Robert H. Michaelsen Jr. and wife, Adrienne J. (Mego) Michaelsen; his daughter, Vickie L. (Michaelsen) Herbert and husband, James Michael Herbert; 5 grandchildren; and 3 great-grandchildren. Bob will be interred with military honors at the Riverside National Cemetery on May 2, 2014.