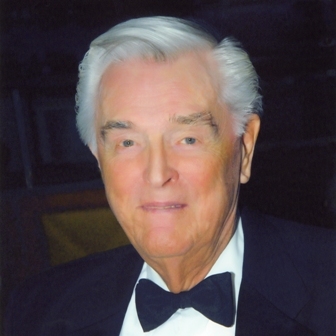 March 16, 1925 -- July 15, 2016 Robert McCaman was a charming and talented gentleman who had a profound devotion to family and community. Recipient of three Americanism awards and countless accolades from those he generously served, Bob was dedicated to helping people. He was known as a fine man with a great sense of humor. Marilynn Jo, his wife of 68 years, passed last December. They met while students at Ohio State. Upon graduation, they headed west to our South Bay. He worked ten years at Hughes Aircraft in corporate planning, then eleven years at TRW in project management. After this, he was in hospital administration at Harbor-UCLA Medical Center. Bob was then appointed to the position of Deputy Los Angeles County Supervisor. He served three successive County Supervisors. After this, he was District Representative for two consecutive California State Assemblymen and one U.S. Congressman. In retirement, he was appointed to the Los Angeles County Commission for Children & Families and the Commission on Aging. Much of Bob's civic involvement was arts related. He founded and served as President of the Peninsula Symphony Association and was founder and President of the Palos Verdes Chamber Orchestra. He was Director of the Long Beach Civic Light Opera. He was Chairman of Fundraising to build the Norris Theater. His interests were diverse. He was District Commissioner for the Boy Scouts, Navy League President, PV Breakfast Club President, Advisory Chairman for the Salvation Army, Advisory Chairman for Hospice Foundation, Advisory Board Member for Wellness Community, United Way, American Red Cross, The Neighborhood Church, Republic Bank, PV National Bank, Malaga Bank, and active with the Palos Verdes Rotary Club. Chambers of Commerce in Palos Verdes Estates, Rolling Hills, and Rancho Palos Verdes had awarded him "Citizen of the Year". Bob is survived by his sons Brock and Kent and by those, related or not, who loved him. The public is invited to attend the Memorial Service to celebrate Bob McCaman's life Thursday, September 8th, 2 PM at The Neighborhood Church 415 Paseo Del Mar, PVE, CA 90274. Donations to The Neighborhood Church in lieu of flowers would be appreciated.