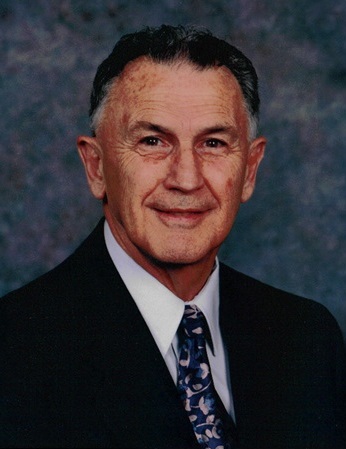 Robert G. Palomba was born March 7, 1926 in New Jersey where he grew up. Upon graduating high school, he joined the United States Army Airforce and served in the Pacific during World War II as a B-29 crew member. Following the War he returned to New Jersey and finished his education, eventually graduating from Seton Hall with a law degree. In 1951 he married Gloria Rosalie Ragona, affectionately known as “Bunny.” They moved to California in 1958 where he worked in the aerospace industry at Hughes Aircraft for 30 years. He enjoyed nearly 30 years of retirement and established a very structured routine. He loved to go to Starbucks every afternoon, have breakfast Friday morning at “Eat at Joes” and Friday dinner at Petrellis restaurant. He enjoyed continued friendship with his coworkers, who met for luncheon reunions each month. He made the most of his retirement, living his life to the fullest. He loved to share stories of his time in the military, his travels, and the people and cultures he experienced. He was a quiet man that possessed great generosity, compassion, and a quick wit. He was a true gentleman. He is survived by his fiancée, Jeanne Perkins, his son & daughter-in-law Bob and Vicki, and his three grandchildren Rob and his wife Samadi, Rebecca and her husband Dan, and Joseph. He will be greatly missed.