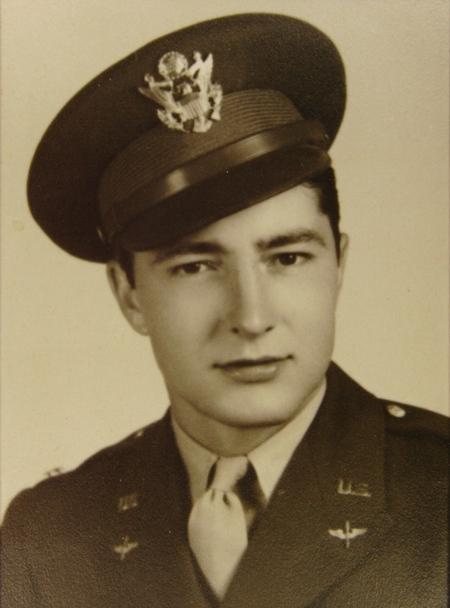 ROBERT F CONNER Born in Auburn Nebraska, December 27, 1917, passed away in Playa del Rey on August 5, 2013, at 95 yrs. Bob's youth was spent on the ranches of the Panhandle and the Sandhills of Nebraska, as well as farms in Iowa and Colorado. Graduated from the University of Nebraska in 1941, while working his way through college as a cook and server. Proudly and honorably fought in WWII as a pilot in the Army Air Corps and Army Air Force from 1941-1946, serving in the U.S. and the South West Pacific Area (SWPA) from Australia to New Guinea, and the Philippines; receiving honors, medals and commendations for his wartime flight service under hazardous conditions. During the war, Bob piloted most all of the planes of his era, both pursuit planes as well as bombers, but his favorite plane was always the P-39. During his wartime service as a young man, Bob also recorded his thoughts in the form of poetry, keeping a handwritten journal that many years later was published under the title: "There was a Time, Not So Long Ago: 1940's." Following the end of the war, Bob obtained a M.A. in English from the University of California, and was a park ranger in Scottsbluff, Nebraska, where he became an avid naturalist and member of the Audubon Society while he began his teaching career. He passed his knowledge and love of nature to his students for more than 40 years. Bob both taught and coached basketball at Junior Colleges in Nebraska before he moved to the South Bay, teaching at El Segundo High School for 30 years. Bob met Anna Carpenter while she was living in Hermosa Beach and they were married on May 15, 1959; and in 1962 they had their only child, Bren. Bob took his son on epic road trips and unforgettable journeys across every part of the United States, birdwatching, hiking and adventuring throughout the 1960's-70's, often taking their V-8 station wagon where 4WD's would fear to tread. In the summer of 1969, Bob and his son completed a most impressive odyssey from Playa del Rey to Point Barrow, Alaska (and back), camping in their station wagon, fishing and birdwatching extensively along the way; and of course making time to stage a two-man fireworks celebration of the US moon landing while camping on a small lake in Canada. Bob remained active after retiring from teaching in the mid-1980's, walking each and every street in Westchester and PDR multiple times, and perfecting his tomato gardening skills; he also loved watching college baseball and became a fixture at the LMU baseball games near his home. Preceded in death by his two sisters, Norma and Eloise, and two of his brothers, Earl and Leon. Survived by his two younger brothers, Bill and Jack, as well as his wife Anna and son, Bren. Memorial Services will be held on September 17, 2013, at 3:00 p.m., at the Congregational Church in Westchester, 7300 W Manchester Ave Los Angeles, California 90045. Feel free to attend. Please view the online video tribute to a truly great and brilliant man, husband, and the best friend and father any son could have ever wished to have had for the past 51 years. I love you Dad, you are and will always be the best ever! Thank you for being my Dad!!!