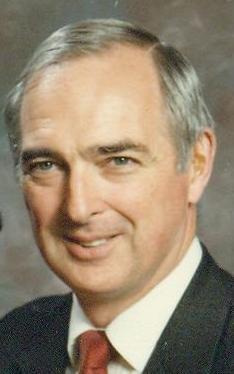 Respected and loved Husband, Father and Brother, Robert (Bob) Eugene Ades III passed away on July 21, 2016 after a long battle of 21 years with Parkinson's Disease. After having been born on October 2, 1935 in Leadville, Colorado and after numerous moves as a child of an Army Officer, he graduated from Fresno State College with a Bachelors in Mathematics, then served with the Marine Corp from 1957 to 1964, achieving the rank of Captain, he moved to Southern California where he loved to live. Having been a resident of Hawthorne for the past 46 years, where he met his wife of 45 years, he worked as a Senior Systems Analyst for Toyota Motor Corp in Torrance. A quiet, responsible and friendly fixture in his community, he found his outlet and continued love of outdoors and sports by serving as President of Wiseburn Little League, helping start the girls' softball division, was President of the Lawndale High School Booster Club, was active in the Boy Scouts, creating hiking and bicycle outings and always found time to be with his family and friends, lending a helping hand or quality advice. Born to Audreana R. Binns and Robert E. Ades Jr., both deceased, he is survived by his wife, Mary Anne who was his tireless advocate during his long illness, his six children Linda (David) Peterson, Cathleen Welling, Mark Ades, Peter (Suzy) Reel, Kathryn (Alan) Stroud and Andrew (David Collins) Reel, 12 grandchildren; 7 great grandchildren and his brothers and sisters Adrian Ades, Jon Ades, Sybil Prickett and Victoria McCloskey. Though his battle with Parkinson's was long and ultimately difficult at the end, Bob is finally at rest and his determination, light and love will be missed by all who knew him. Visitation Wednesday July 27, 2016 from 4:00 pm to 9:00 pm with Vigil at 7:00 pm. Both at Rice Mortuary in Torrance. The Funeral Mass will be 10:00 am Thursday July 28, 2016 at American Martyrs Church with reception to follow in the St. Kateri Room at American Martyrs. Committal will follow at Holy Cross Cemetery.