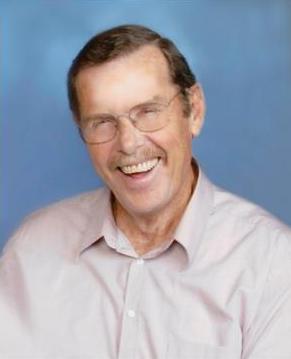 Robert Edward Lynn, 79, passed away early on Friday March 28 after heart and lung complications. He was and always will be a great guy. Bob was born in Chicago, Illinois on February 22, 1935. He was the youngest son of Margaret (nee Glynn) and Walter Lynn. Bob, his sister Elinor and his mom and dad were very nomadic. They lived in New York, Pennsylvania and Arizona…eventually moving and settling in Southern California. Bob attended Hamilton High School in West Los Angeles for his junior and senior years. Being a really tall kid, he played basketball and loved every minute of it. He enlisted and proudly served in the United States Navy defending his country from March 1, 1955 to January 26, 1959. A majority of his time in the Navy was spent in Japan, Korea and the Philippines. It was during this time he became an avid photographer after getting his first Olympus camera. He favored shooting slides, as he was a big fan of showing his work in a darkened living room to all who would watch. After his time in the Navy, Bob moved to Hollywood, California to attend college. He and his buddies rented a big apartment just off Sunset Blvd. Their landlord, who lived below them, while not a fan of young guys who liked to party a lot, let them stay as she believed they all worked for the CIA and FBI….at least that's what they told her. In 1959, Bob attended a dance in Inglewood, California where he met the love of his life, Helene L. Dias. They were married on September 3, 1960 in Milton, Massachusetts. Bob went to work for Litton Industries as an Electrical Engineer. It was a long drive out to the San Fernando Valley but soon he landed at a great company closer to home in Redondo Beach called TRW. He continued to work for TRW all through the cold war, Mercury and Apollo missions, the Apollo-Soyuz Spacecraft and Space Shuttle age. He spent 40 years there. A record of sorts you might say. Bob loved watercolor painting. His mom was an artist and like her, he took it up later in life, which gave him countless hours of enjoyment. His style was "whimsical" as described by his art teacher. Deep down, he was always a kid at heart, which trickled down to his kids Jodi, Cheryll and Patrick. Part rocket scientist, part artist, all Dad. That's who he was. Our dad. Robert is survived by his three children…daughter Jodi Bahner (husband Roy), daughter Cheryll Lynn (husband Scott NcNabb), son Patrick Lynn, grandson Jonathan Kiser (wife Gina) and granddaughter Ashley Bahner. There will be a visitation at White and Day Mortuary (3215 N Sepulveda Blvd. Manhattan Beach CA 90266) on Friday, April 11 from 5:00pm to 9:00pm with a rosary at 7:00pm. (310) 792- 7575. As well, the memorial service/ mass at American Martyrs Church (624 15th St, Manhattan Beach, CA 90266) on Saturday, April 12 at 12:00pm.