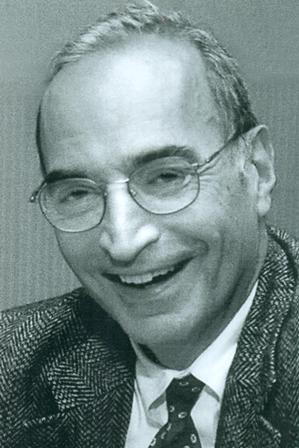 Robert D. Shlens MD August 29, 1935 - December 5, 2014 Doctor Shlens passed away from Pancreatic Cancer at age 79. He contracted paralytic poliomyelitis at age 10, the year before the Salk Vaccine became available. He spent the next 9 months in an "Iron Lung" breathing machine. He was informed that he would not be able to walk again due to the severity of his permanent paralysis. With multiple surgeries to align his limbs and a severe scoliosis of his spine, he became ambulatory using braces and crutches. He completed his high school education while hospitalized for his multiple surgeries and spinal fusion at Warm Springs Georgia, where President Franklin Roosevelt was treated. He attended Indiana University and after completing his undergraduate degree with honors, he applied to the medical school. He was declined admission initially because of his physical disabilities. He persisted until he was admitted to the Indiana University School of Medicine. After internship he applied for residency training in Orthopedic Surgery. The programs that he applied to indicated this specialty was beyond his capacity because of his physical limitations. Orthopedic Hospital at Los Angeles hired a new staff surgeon from the Warm Springs Georgia Polio Center, Doctor Thomas Gucker. Doctor Gucker had been the lead physician who had operated on Dr. Shlens as a child, performing the multiple reconstructive surgeries. Dr. Gucker was instrumental in persuading Orthopedic Hospital to admit Dr. Shlens to the Orthopedic Surgery Residency Program. Doctor Shlens completed his training and became Board Certified in Orthopedic Surgery. He practiced for 50 years in Los Angeles using Orthopedic Hospital, Good Samaritan Hospital and St. Vincent Medical Center for his patients. Doctor Shlens started the first audio tape educational programs for orthopedic surgeons through the Orthopedic Audio Synopsis Foundation. He also started a certification board for Arthroscopic Surgery with the assistance of the Princeton Testing Service. His passion for optimal medical care led him to his reviewing hospitals for the California Medical Board. He was instrumental in helping to close substandard hospitals by testifying in front of the U. S. Congress. He is survived by his daughter, Jennifer Fey; son, Jonathon Shlens and a grandson, Peter Alexander Fey. He also leaves behind his companion, Buffy Lyn Roney, and his brother, Michael Shlens MD. He established a scholarship for medical students with physical disabilities at Indiana University. Contributions can be made in his honor to the Shlens Scholarship Program by contacting Indiana University School of Medicine, Office of Gift Development, 1110 West Michigan Street, Indianapolis, Indiana 46202-5100 He is at peace.