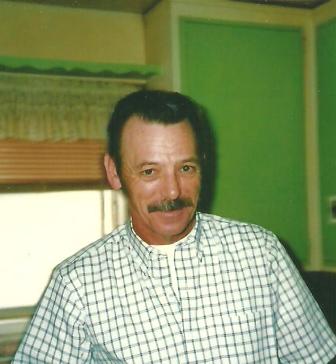 Robert (Bob) Bruce Lee (70) passed away on September 22, 2012 at his home in Buena Park, California. He fought two courageous battles with cancer. Robert was born on September 13, 1942 in Parsons, Tennessee. He attended school in Michigan. He proudly served four years in the United States Navy aboard the USS Summit County LST-1146. He was awarded Navy Unit Commendation NUC Ribbon Bar, Vietnam Service Medal and National Defense Service Medal. He worked for the City of Lynwood and the City of Tustin, retiring after 28 years of service. He was a great Dad to his two daughters. He enjoyed coaching softball and watching his daughter's tennis matches. He was an amazing cook, a knowledgeable sports enthusiast, an avid Angel fan and cheered for the Michigan Wolverines every season. Robert loved to play the lottery and talk politics. He was always right and he did things HIS WAY! He was famous for singing in the shower and while he was cooking. Robert's sense of humor made us laugh daily. He especially liked watching John Wayne movies, Kelly's Heroes, and any western show on TV. "Patton" was his favorite movie of all time. He was PROUD to be an AMERICAN. He was a wonderful "Pop Pop" to his grandsons and he loved to watch them play basketball and baseball. Robert is survived by his loving wife of 47 years, Jackie; daughters, Kim (Jerry) of Oklahoma City, Oklahoma and Rhonda (Kristi) of Huntington Beach, California; two brothers, Tony (Marcy) of Enterprise, Oregon, and Ralph; twin grandsons, Jeremy and Justin; sister-in-law Darla of Sacramento, California; April (Bob) Pearson of Redondo Beach, California; and his cat, "Kit Kat". Robert was preceded in death by his parents, Kate and Robert Lee and two brothers, Jimmy and Wayne. We loved him with all our hearts. He will be truly missed.