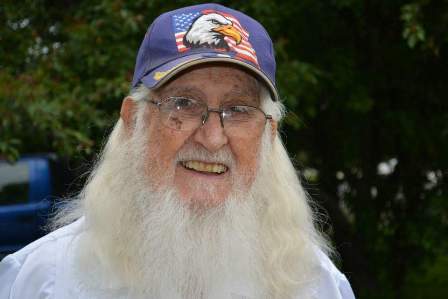 Robert A. Haywood September 4, 1923 - June 2, 2016 Robert was born on September 4, 1923 in Buffalo, NY and passed away on June 2, 2016 in Torrance, CA. Robert lived in Lawndale, CA for almost 60 years. He was preceded in death by his wife Grace of 58 years, his daughter Mary Lou Schlatter, granddaughter Tammy James, grandson William James, three brothers and two sisters. Robert worked as a material control supervisor for the Allied Signal Garrett AiResearch Aviation Company for over thirty years. He was a veteran of WWII as a Merchant Marine. He was a member of the Gardena Elks Lodge #1919, a member of the USMMVWWII of San Pedro, A member of the America Legion - Morningside Post #398, and a member of FORBS (Fraternal Order of Real Bearded Santas). Robert left behind son Donald Haywood and his wife Sharon of Surprise, AZ; daughter Bonnie James of Lawndale, CA; eight grandchildren; 28 great-grandchildren and four great-great-grandsons. At Rice Mortuary in Torrance, the Viewing will be on Saturday June 11, 2016 from 4pm to 8pm. Service will be on Sunday June 12, 2016 at 11:00am. Reception will follow at: Gardena Elks Lodge #1919, 1735 W. 162nd Street, Gardena, CA 90247.