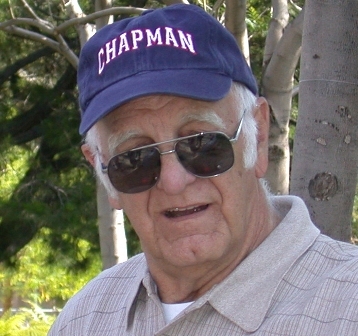 Robert Archer (better known as Bob) at the age of 83 passed away on January 30, 2015 after struggling with health problems for several years. Bob was born in Wisconsin on May 30, 1931. He was the oldest child and cared for his sisters Jean Marie and Joann and his baby brother Loren Keith. He could be counted on to do the right thing with and for his siblings. Bob's family moved to California in 1943 where Bob graduated from Redondo Union High School, class of 1949 and attended El Camino College for two years. Bob served in the United States Air Force from 1950 to 1955 as a Radar Technician during the Korean War. Bob and his wife, Mary celebrated their 62nd wedding anniversary on November 17, 2014. They were married on Pope Air Force base in North Carolina in 1953. Upon discharge, they returned to Torrance in 1955, never to move again. Bob worked at TRW as an Antenna Engineer for approximately 35 years. Bob was passionate about flying and flying his beloved Bellanca airplane was Bob's main hobby. He was a member of the Soaring Society of America, Experimental Aircraft Association and the Bellanca Champion Club. Bob was interested in politics, current events, airplanes and all phases of aviation specializing in designing and building Aircraft Antennas for home built airplanes. Bob was helpful to all airmen and women who called him or e-mailed him with antenna questions. Bob was the Antenna Guru to all who used his antennas. Wife Mary Beret Archer, two children, son Lee Archer of Redondo Beach CA and daughter Candace Archer of Eureka CA. and a sister Jean Archer of New Mexico. survive Robert. Bob's family misses him every day.