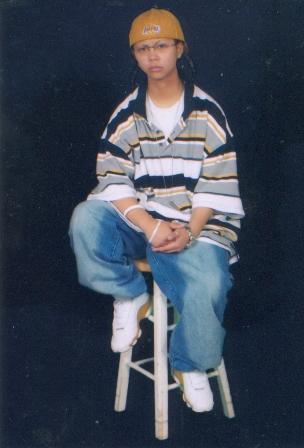 On December 15, 2011 at 12:30 p.m., Rizelle was on her way to work in Oceanside, California. She was the passenger in the vehicle. The driver, who reportedly was on the phone at the time, lost control and the car collided into a tree. Rizelle died instantly. Rizelle was passionate about writing, dancing and living life to its fullest. She followed her passions to Oakland, Texas, Torrance and Oceanside. She was resilient in her pursuit of living for the moment and doing so on her own terms. Though her time was cut short she relished each day as if it were her last and experienced more than most people do in an entire lifetime. Rizelle excelled at anything she put her mind to and never apologized for who she was and how she chose to live her life. Nevertheless, Rizelle was very compassionate, sensitive and always believed in love above all else. Rizelle adored her family, especially her little brother Christian and her baby cousins. She was always the first to be there to lend a helping hand. Even though she portrayed a tough exterior, Rizelle wore her heart and emotions on her sleeve. People were drawn in to her magnetic personality wherever she went. Rizelle was loved by all who knew her for her endearing qualities. She will be greatly missed and will remain in our hearts forever. Rizelle is survived by her mother, Rizalina Singson; step-father, Tino Singson; grandmother, Maura Cabana; sister, Angelica; brother, Christian Singson; step-brother, Andrew Singson; uncle, Gary Cabana, aunt, Janet Wasserman; uncle, Nonie Cabana; uncle, Bogie Cabana; cousin, Odin Bengo; godfather, Cesar Catamisan and a multitude of relatives. A gathering of family and friends will be held at Rice Mortuary on Wednesday, December 21 and Thursday December 22 from 6:00 pm until 9:00 pm, both days. The Vigil will be held at 7:00 pm on Thursday December 22, 2011. The Church Service will be held at St. Catherine Laboure on Friday, December 23 at 11:30 a.m. Interment will follow at Green Hills Memorial Park in Rancho Palos Verdes. In lieu of flowers, donations may be made to Janet Wasserman.