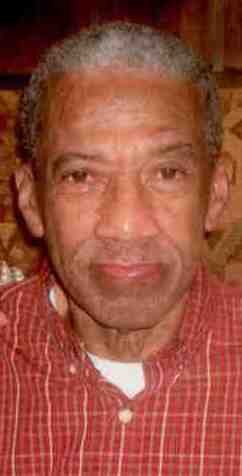 Sunrise August 27, 1938 Sunset May 9, 2016 Richard Willard Lacy Wilson, age 77, passed away on Monday May 9, 2016. He was born on August 27, 1938 in Los Angeles, CA. to Willard Wilson and Patricia Ann Sledge, who have preceded him in death. He attended Sentinel High School, in Compton, CA. Following High School, he entered the United States Navy, after serving several years in the service; he continued his education at Los Angeles Trade Technical College, pursuing a career in carpeting. Once he crafted his skills, he then started his own business. He was an entrepreneur and loved what he did for over 40 years. He was an easy going, kind, gentle, caring, kick back full of laughs type of person who loved listening to Jazz; and the outdoors, hiking, swimming and especially the ocean. In his spare time he enjoyed spending it with family and friends. He is survived by his children, Kimberly Wilson-Houston, Don Erwin Wilson, Ron Kirby Wilson, Tracy Marie Wilson, Anthony George Wilson Sr., and Richard "Butch" Wilson, Daughter-in-Law Helen Wilson, two step children Lori and Kevin Garret and eleven grandchildren, Elise LA Keisha Wallace, Allen Wayne Houston, Ivory Michele Pinkney, Anthony George Wilson Jr. (Ronnisha A.Wilson), Antjuan Lacy Houston, Alexis Aja Houston, Angel Louise Wilson, Kenneth Robinson Jr., Raven, LaNae and Mikaiya Wilson, along with ten great-grand children, and several cousins, Berry and Kimberly Wilson, Richard (Bubba) and Gayle Hall. Richard (Dick) touched the lives of many people with his smile, generosity and sense of humor. Family and friends are invited to attend a memorial service on Friday, May 20, 2016, at 2pm at McCormick Mortuary, 635 S. Prairie Ave. Inglewood, CA. 90305. If you would like to send flowers or cards, you may send to McCormick Mortuary. Repast will be held following the service in Reception Hall, and there will be a continued after repast Celebration from 5:30pm to 1:00am, but will be announced at Repast.