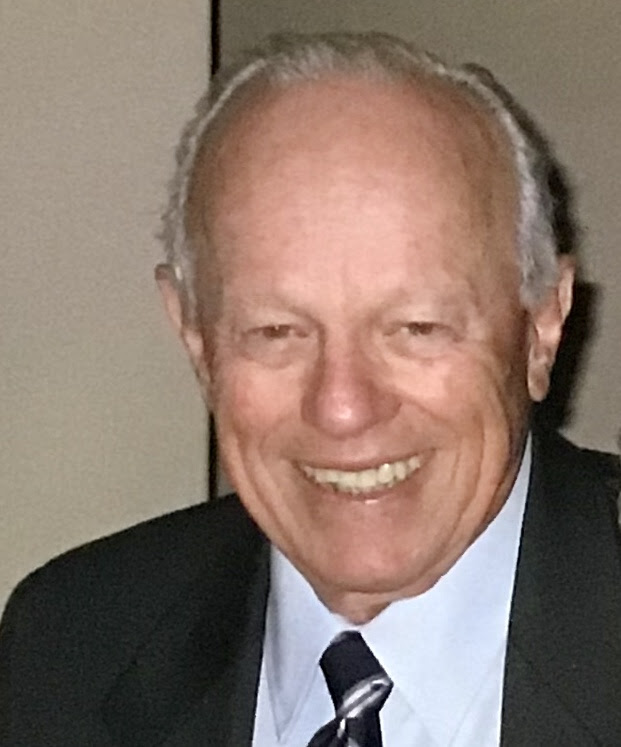 Richard S. Cowan, DDS, passed away peacefully at his home on the evening of August 18, 2020; he was 94. Dick was a loving husband to his wife of 70 years, Lois Hildreth Cowan, a wonderful father to their children Dennis Cowan, Melissa Rochte (Tim), Kathleen Kendall (Ken), Rich Cowan (Michele), and an awesome grandpa to their grandchildren Owen, Evan and Monica Rochte, Christine Kendall, Cameron and Justin Cowan.

After graduating from LA High, he completed pilot training in the Army Air Corps and then went on to the University of Southern California to receive his undergraduate degree in Biochemistry. In 1956 he graduated from the USC School of Dentistry and began his practice that would last for 50 years. His loyal patients, who received their dental care at his office in Redondo Beach, appreciated his compassion as well as his skill.

Making his home in Rancho Palos Verdes, Dick was a charter member of the Los Verdes Golf Course, where he often teed off at dawn on Wednesday mornings. He was an active member of the South Bay Athletic Club and a decade’s long supporter of USC Trojan football. As an avid bird watcher, he enjoyed volunteering as a docent at the Pt. Vicente Interpretive Center.

Due to the current health situation, there will be a private family Mass of Celebration at St. John Fisher Church in Rancho Palos Verdes.

In lieu of flowers, please consider a donation to the USC School of Dentistry.