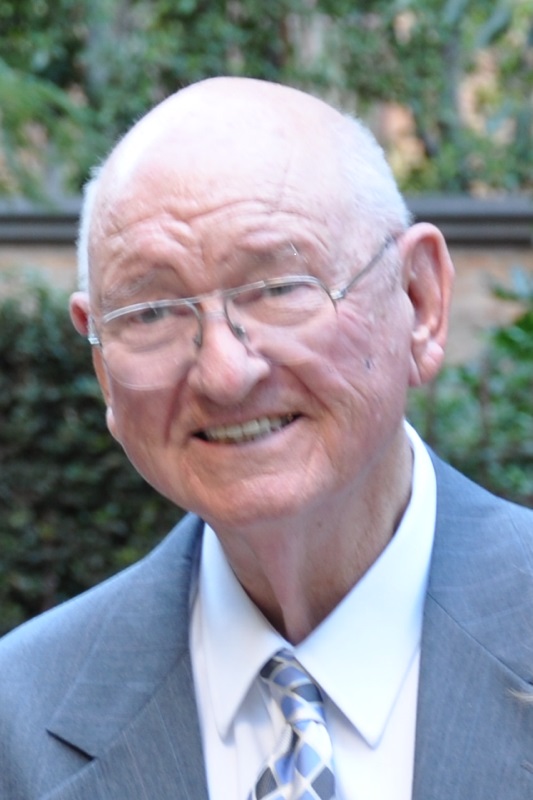 Richard “Dick” Homesly, age 89, died peacefully at home on October 22, 2017. Pat Monroy, his late-in-life love of 19 years, was by his side along with family. He courageously fought a four-year post-stroke battle, and more recently brain cancer. Dick raised eight children, along with his predeceased wife of 48 years, Elaine. In addition to his children, he is survived by 15 grandchildren and 7 great-grandchildren. Dick was born in Los Angeles and raised on a dairy farm in Yuma, Arizona. Following graduation from San Diego High School, he served in the US Navy. After retiring from his 35-year Northrop career, he immediately pursued his passion for travel. He shared his love for travel by inspiring family members to do the same. His adventurous spirit included scuba diving off of Abalone Cove and flying private planes. He was a Boy Scout leader, an avid trap shooter, and a weekly bingo aficionado. He held memberships with the South Bay Sportsman Club and the Knights of Columbus. He regularly canvassed the South Bay for garage sales and was a master at negotiating the best of bargains. Memorial service will be held on Saturday, November 11th at 2:00 p.m. at Rice Mortuary, 5310 Torrance Blvd., Torrance, CA 90503. In respect for his wishes of “no flowers,” his family requests any memorial donations be directed to the Western Museum of Flight at Torrance airport.