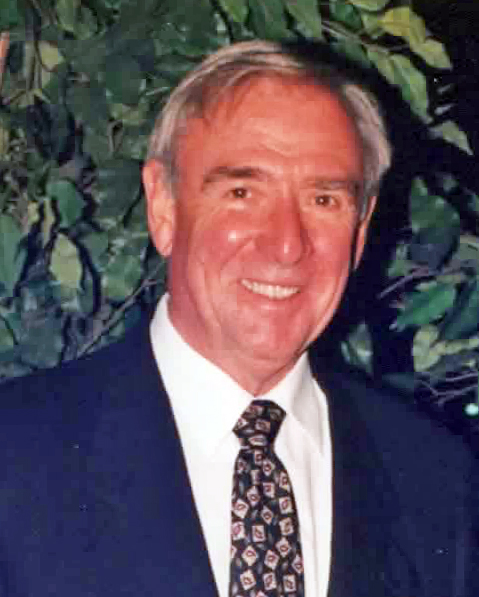 Richard “Dick” Gordon Zahn was called to be with his Lord on July 12, 2021, with the love of his family surrounding him. A dependable friend, respected colleague, proud veteran, loving husband, and cherished father, stepfather, and grandfather, he will be greatly missed by all who knew him. Dick’s devotion to his family and his firm faith in God supported him during his brief fight against cancer and ultimately gave him peace.

Dick was born on October 12, 1937, to Lilian and Gordon Zahn in Manitowoc County, Wisconsin, and grew up on the family farm. As a boy, he attended classes in a rural one‐room schoolhouse. He shouldered many responsibilities around the farm, including milking the cows before school, cutting the grass on the big yard with a hand mower, and caring for his younger sisters. Dick began working outside the home as early as age 12. He held various jobs at a cheese factory, including stirring the big vats of cheese curds and driving the company truck—in spite of being too young to legally drive. His childhood hobbies included building model cars and airplanes, and occasionally teasing his sisters.

From the start, Dick was a man of integrity, honor, and compassion. Once, when Dick’s parents were away and he was watching his sisters on the farm, a hungry and out‐of‐work man approached them. Dick took it upon himself to ride his bicycle all the way to town to bring back bread and meat to feed the stranger.

As a teen, Dick played the trumpet and performed with friends in local dance halls, even winning the grand prize at the Bowler High School talent show for a rendition of Cherry Pink and Apple Blossom White. Dick also developed a love of motorcycles and cars as a young man, owning both a Harley Davidson and a shiny red convertible.

Following high school, Dick enlisted in the United States Army. He completed training at Fort Ord near Monterey Bay, California, as well as at Fort Leonard Wood in Missouri. Characteristic of Dick’s sound decision‐making, he committed to an additional year of service in order to be eligible for 52 weeks of electronic technician training at Fort Bliss in El Paso, Texas, before being transferred to a Nike Missile Control Site near Menomonee Falls, Wisconsin.

After marrying high school sweetheart Sharon Malueg in 1958, Dick moved to Milwaukee, where he began work in the missile and guidance department at AC Spark Plug. The couple were blessed with daughter Lorie in 1963 and son Jeffry in 1964.

Dick contributed to notable aerospace projects throughout the mid‐1960s and early 1970s, including the Titan missiles and rockets and the Apollo Program, which put man on the moon. By 1970 he had transferred to the Los Angeles area, where we worked with NASA on the Lunar Roving Vehicles, enabling astronauts to extend their range of surface exploration on the final three Apollo missions. The vehicles, which contain parts stamped with Dick’s insignia, remain on the moon.

He retired from the Delco Electronics Aerospace division of General Motors in 1993 and entered into business as an independent contractor and continued work in support of the space and electronics programs, including the Mars rovers, and the weapons and fire control systems for Lockheed Martin until he retired again at the age of 80 in 2017.

A resident of Torrance, California, for 51 years, Dick was extremely well liked by everyone in his community. He was a father figure to many youngsters on his street, and one neighbor remembers him as the only “true gentleman” she ever met.

A faithful Christian, he found a second home at Immanuel Lutheran Church in Redondo Beach, where he was a devoted member, usher, and “Green Thumb Gang” volunteer for many years. Fellow churchgoers knew Dick to always having a warm welcome and a handshake or hug.

After 30 wonderful years of marriage, Dick lost Sharon to cancer in 1989. He was blessed to find happiness again and married his beloved second wife, Donna (née Coleman), in 1992. Dick became a loving stepfather to Donna’s daughters, Michelle and Stacey.

Dick was a pillar of strength and love for his entire family. He was a reassuring presence at the big moments in everyone’s lives, teaching kids to drive, walking brides down the aisle, and writing heartfelt messages in cards for all occasions. But he was also there for all the quieter moments in between. He had just the right words of advice to offer on an early morning walk around the neighborhood. He always made sure everyone’s gas tanks were topped off and the tires properly inflated. And Zahn gatherings were not complete without his famous bean dip—a dish believed by some to “solve every human problem.” Dick simply made life better with his love and care.

He was at his happiest when surrounded by loved ones, especially his seven grandchildren. And they adored him, their “Grandpa,” “Pop,” and “Gramps.” Whether flipping them in the air (a favorite stunt), helping them catch their first fish, or treating them to bear claws after church on Sundays, Dick cherished the time they spent together. He kept a box of treasured mementos from all the grandchildren in his office, and the hand‐drawn cards, trinkets, and photos of their smiling faces— hundreds of which adorn his office walls—attest to how much they loved him, too.

If a legacy is quantified by what a person contributes to others’ lives, then Dick’s legacy is immeasurable. He was an example of how to live an honorable life of faith, integrity, and joy. He will be badly missed, but his enduring love and guidance will carry his family through.