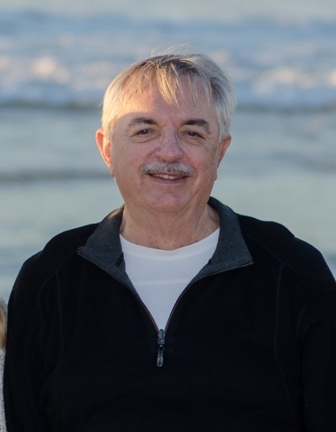 Beloved husband and father Richard E. Fitzpatrick, 67, passed away unexpectedly in his home in Rancho Palos Verdes, CA on December 3, 2016. Born in Yakima, WA on August 28, 1949, Richard was an avid aviator, learning to fly as a private pilot and soon enlisting in the United States Air Force. He served from 1969 to 1975 as an electrical engineer, repairing and servicing the electrical systems of the planes he loved so much, reaching the rank of Sergeant. After his enlistment ended, Richard entered and graduated from the University of Alaska, Anchorage where he studied finance and accounting, leading to a career reforming the finances of companies throughout Anchorage and Los Angeles, and eventually running his own investment management company, Top Gun Investments – named after his favorite movie. Richard maintained a lifelong passion for aviation, constantly studying and seeking out new friends in the industry to talk to and learn from. He enjoyed fishing, spending many happy hours with his friends and family on the lakes and rivers of Washington, Alaska, and California in the pursuit of the big one. He enjoyed speculating about the paranormal, sitting and talking about UFOs and the search for Bigfoot at great length, smiling the whole time as if he knew something the world at large didn't. But above all Richard was a loving and devoted family man, always available to help solve a problem, and quick to reassure those he cared about that they were well taken care of, using his many talents to usher those he loved through life's most uncertain and difficult times. Richard is survived by his wife Lori; daughters Megan and Carly; sons Ryan (Jennifer) of Anchorage and Scott of Burbank; mother Juanita of Yakima; brothers Michael of Yakima and Kevin of Los Angeles; sisters Pamela of Colorado and Shelly of El Segundo; among numerous friends and colleagues. Richard will be laid to rest in Green Hills Memorial Cemetery, Rancho Palos Verdes, CA in a public memorial at 10:00 a.m. on Thursday, December 15, 2016. A reception will follow at Rice Mortuary at 5310 Torrance Blvd., Torrance CA at 12:00 p.m. Richard is a beloved husband, father, son, brother, uncle, and friend. He is loved.