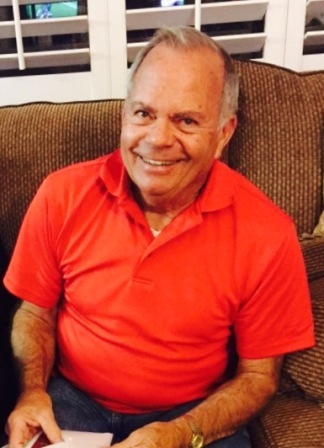 Richard F. Bargar, 76, passed away on March 4, 2015 at Providence Little Company of Mary Hospital in Torrance, CA. He was born on December 28, 1938 in Inglewood, CA to Ferree Theodore and Emily Fern Bargar. Richard grew up in Inglewood, CA. He graduated from Inglewood High School in 1957. After high school he joined the Armed Forces where he served his country for five years, one active and four years as a reservist. His professional career soon began not long after as he followed his true passion of the printing industry for 42 years, retiring at age 62. Richard married his one and only true love Karen Sue Lansing in 1958 in Inglewood, CA. They were happily married for 56 years. Richard enjoyed the simple things in life. He was a car enthusiast, loved finding and restoring antiques, and taking exceptional care of his home. Richard always put his family and others needs first before his own. He volunteered his time coaching Little League Baseball and Junior High Basketball amongst many other activities. He always enjoyed attending his grandchildren's sporting events, as he loved all sports. He loved following his professional sports teams such as the Angels, Rams, and Clippers. Richard is survived by his spouse Karen Bargar of Torrance, CA; his twin brother Robert Bargar; his two sons Lance and Brent Bargar of Corona, CA; their spouses Cindy and Kelly; grandchildren Brandon, Brittney, Ryan, Lindsey, and Justin; and great grandchildren Irelynn and Jaxson. Richard was preceded in death by his parents Ferree and Emily Bargar, and sister Nancy Bargar. A Memorial Service will be held at Rice Mortuary: 5310 Torrance Blvd. Torrance, CA 90503 at 10:00am on March 21st, 2015. All guests are welcome to attend a reception immediately following the service at the same location. Flowers may be sent to Rice Mortuary 5310 Torrance Blvd Torrance, CA 90503.