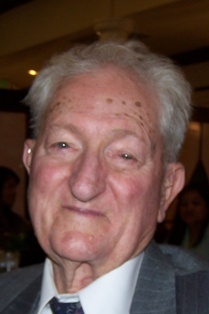 Richard Edward Kallenback, a 48 year resident of Torrance, passed away on Friday, August 15, 2014. Born in El Coronado, CA, Richard was 89 when he died. Richard served his country in the Air Force for 20 years (1945 - 1965) and then worked with the Veterans Administration until retirement. His leisure time interests were varied - trains, good Westerns, watching baseball and golf on TV and, most importantly, spending time with his grandchildren. He enjoyed liver and onions and going out with his wife to Spires and Norm's for a meal. Richard is survived by wife, Helena Kallenback of Torrance, CA and son, Ralph Kallenback. He was preceded in death by parents, Beth and William Kallenback. A gathering of family and friends will be held at Rice Mortuary on Tuesday August 26, 2014 from 4:00 pm until 8:00pm. The Service will be held at Riverside National Cemetery (Stg #3) on Wednesday August 27, 2014 at 11:30 am. Please use this website to send the family messages, share memories, or to obtain directions to the services.