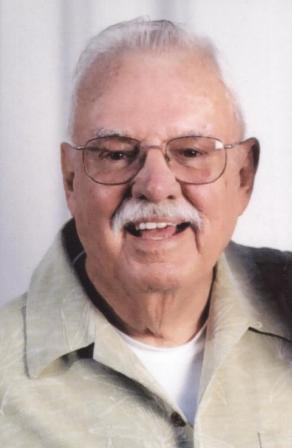 Deacon Richard Shinkle Our beloved father and loving husband, Richard (Dick) Shinkle, 79, of Redondo Beach, California, passed away peacefully in his home on August 22, 2013. Richard Shinkle was born December 19, 1933 in Yankton, South Dakota. He grew up in Sioux City, Iowa, graduated from Heelan High School, and attended Morningside College. Richard was a Paratrooper in The Airborne Division of the U.S. Army and successfully completed 33 jumps. He married Jacquine Simons on August 18, 1956 and honeymooned to California. He attended UCLA and worked for Douglas Aircraft. He began his engineering career and spent 35 years with TRW Systems. During his career with TRW he lived in Nassau Bay, Texas and was subcontracted by NASA. He worked on the APOLLO Missions and was part of the team that put men on the moon. He received many honors with the company including; The Presidential Medal of Freedom as a member of the APOLLO 13 Operations Team and the APOLLO 11 Achievement Award for placing the first man on the moon. He continued his work on the Skylab Missions in Redondo Beach, California. The family moved to Oak Ridge, Tennessee in 1979 where he was subcontracted with The Department of Defense. Later on he moved to Burke, Virginia where he continued his work with the Department of Defense. He was ordained a Deacon in Arlington, Virginia in June 1985. His career with TRW brought him back full circle to Redondo Beach, California, where he retired and became a full time Deacon with Saint James Catholic Church. Along with his professional career Richard enjoyed serving in the Nassau Bay Community Fire Department, teaching catechism within the high school CCD programs, scouting with the Boy Scouts including the handicapped, acting in the community theater and was a member of the Knights of Columbus. He also served as a Police Chaplin for the City of Torrance. He had many hobbies which included sketching, oil painting, wood carving, bee keeping, and pigeon racing. Above all he deeply cherished and loved his wife of 57 years. He was a devoted and loving father of 5 children. He is survived by wife Jackie, Children - Deborah Shinkle, Jeffrey (Stephanie) Shinkle, Susan (Thomas) Shaner, Margaret Hoss, Timothy Shinkle, 11 grandchildren, 3 great grandchildren, brother DJ Shinkle, and sister Mary Ann Wilson. Richard was preceded in death by his parents, sister Barbara and brother Don. We thank God for blessing us with a father whose passion for life taught us to treasure each other and enjoy even the smallest of moments. On Tuesday September 3rd the viewing will be held at Rice Mortuary from 2-5pm followed by the Vigil service at St. James Church at 7pm. Services will be held Wednesday September 4th at 10am at St. James Catholic Church in Redondo Beach. In lieu of flowers donations can be made to Juvenile Diabetes Research Foundation or All Life Charities.