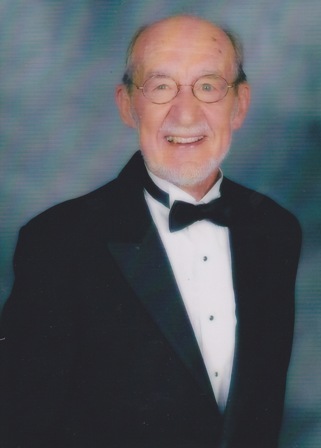 Richard Divinski passed away at the age of 85 on December 31, 2016. Born in Waite Park, Minnesota in 1931 to William and Hildegard Divinski, he graduated from the University of Minnesota and went to work as a Structural Design Engineer in California. Later, he earned an MBA from Pepperdine University. Richard was an active member of Our Lady of Guadalupe Church in Hermosa Beach, CA. Over the years, he served as a Eucharistic minister and lector. He also participated in the monthly Hand'N'Hand food drive. Richard especially cherished time with family and friends, whether it was going to plays, enjoying a good meal, playing a game, or entertaining guests from the Midwest. Richard was preceded in death by the love of his life, Donna, whom he was married to for fifty years. He is survived by his children, grandchildren, great-grandchild, and siblings: children - Paul (Theresa) Divinski, Mike Divinski, Jane (John Alexander) Divinski, Catherine Bell, Dan Divinski, Mary Divinski, Becky (Frank Throckmorton) Divinski; grandchildren - Caryn (Todd) Gerstenberger, Courtney Bell, Beth, Deanna (Lauren), and Douglas Alexander, Christina Throckmorton; great-grandchild - Ezra Gerstenberger; siblings - Peter Divinski, Grace (Al) Brandt, John (Barbara) Divinski, Jean Prevete, Mary (Lou) Petros, and sister-in-law Bliss Divinski. Among Richard's proudest accomplishments were being an Eagle Scout, working on the Apollo and Space Shuttle programs, being a father, grandfather, great-grandfather, and especially having shared his life with a loving, kind-hearted, and intelligent woman. Richard will be deeply missed. Viewing will be 6:30pm, Thursday January 5, followed by a Rosary Service at 7pm, at Our Lady of Guadalupe Church, 244 Prospect Avenue, Hermosa Beach, CA. Celebratory Mass will be 10am, Friday January 6th, at Our Lady of Guadalupe Church. Burial will follow the funeral at Holy Cross Cemetery, Culver City, CA. In lieu of flowers, the family requests that memorial donations be made to either Our Lady of Guadalupe Church or California Science Center.