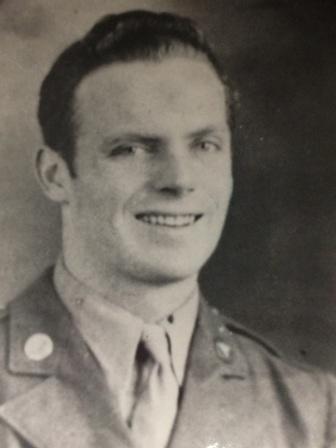 Richard 'Dick' Alvin Peterson passed away peacefully at home in Redondo Beach, California on December 24, 2012. Dick was born in Baroda, Michigan on December 29th, 1922. After graduating from high school, Dick enlisted in the Air Force in 1941. During World War II, Dick served as a radio operator in a B-24 aircraft that was shot down over occupied France. Captured by the Germans, Dick endured 18 grueling months as a prisoner of war that included containment in Stalag Luft IV and surviving the brutal 86-day Death March from Lithuania to Poland in the winter of 1945. A true American hero, Dick was the recipient of several decorations including the American Defense Ribbon, American Theatre Ribbon, EAME Ribbon with two bronze battle stars, Good Conduct Medal, Purple Heart and Air Medal with two bronze OLCs. Upon returning home from the war, Dick married his longtime sweetheart Florence on November 24, 1945. The couple celebrated the birth of their only child Deborah, in 1948. The Peterson family moved to the South Bay in 1956 where Dick worked as an industrial engineer at Hughes Aircraft for 27 years. Upon retirement, Dick spent his time volunteering at Torrance CitiCABLE, preserving history for the 389th Bomb Group and also enjoyed playing rounds of golf with his friends and twin grandsons. Dick is survived by his wife of 67 years, Florence Peterson; daughter Deborah Mileham; grandsons Travis and Troy Mileham; and his sister Ruth Graves. A burial service will be held at Riverside National Cemetery on Friday, January 11, 2013 at 10:00 a.m. in staging area one.