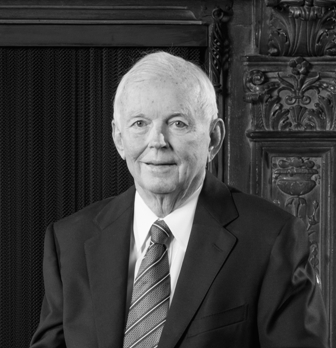 Richard Alan "Dick" Miller, a 43 year resident of Rancho Palos Verdes, CA, passed away on Wednesday December 10, 2014 in Rancho Palos Verdes, CA. Born in Milwaukee, Wisconsin, Dick was 72 when he died. He grew up in San Marino and was a member of the first graduating class of La Salle High School in Pasadena. He graduated from Loyola University with a degree in accounting and then Loyola Law School. Dick was a partner at KPMG before opening his own law office where he worked for 30 years. He was a supporter and avid fan of all USC sports and for many years he and Rosemary attended all Trojan football games at home and away. He especially loved spending time with all his grandchildren. Dick is survived by his wife of 51 years, Rosemary Miller; four children: Cynthia Miller (Randy Witmyer), Michelle Miller Hogan, Mark (Katherine) Miller, and Greg (Diane) Miller; and eight grandchildren: John Miller, Sean Hogan, Ryan Hogan, Andrew Miller, Danny Miller, Katie Hogan, Peter Miller, and Matthew Miller. He is also survived by his siblings; Carolyn Miller, Philomene Miller, Frank (Gretchen) Miller, Mary Jo (Rocky) Gunderson. He was preceded in death by parents John and Clara (Farrell) Miller. The Funeral Mass will be held at 10:30 am Saturday, December 20, at St. John Fisher Catholic Church. Burial will follow at Green Hills Memorial Park. In lieu of flowers, donations may be made to St. John Fisher Church Building Fund (sjf.org) or Torrance Memorial Hospice, 23326 Hawthorne Blvd. Suite 100E, Torrance, CA 90505, Attn: Amanda Goodrich.