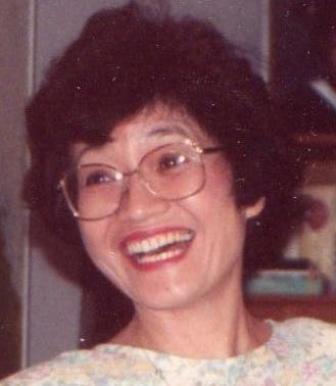 Ria Savitri Lauw, a 28-year resident of Torrance, passed away on Tuesday, September 9, 2014 at age 72 in Jakarta, Indonesia surrounded by friends and family. Born in Jakarta, Ria was the youngest of three children. She immigrated to Germany in December 1968 and started a family, then, with her family, immigrated to Toronto, Canada in January 1973, and finally settled in Torrance, CA in 1986. Ria was recently a parishioner at St. James Catholic Church and was also a long-time member of St. Lawrence Martyr Church in Redondo Beach and Sts. Peter and Paul Parish in Mississauga, Canada. Ria was dedicated to her vocation as a Pharmacy Technician, beginning her career at a corner drugstore in Jakarta, then working in Mrs. Ten Have's Drugstore in Holland, then moving on to long careers at the busy pharmacies of Mississauga Hospital in Canada and UCLA Medical Center where she developed many long-term friendships. Despite Ria's complex medical conditions later in life, including surviving lymphoma in 2012, she selflessly continued as a supportive wife to her husband, Andre Lauw of Torrance, CA and loving mother of Edith Lauw (and husband Kevin) of Culver City, CA, as well as a supportive relative to her extended family in the Los Angeles area. Her love of travel took her all over Asia and Europe, including her favorite, Italy. It was her strong desire to travel to her birthplace to see old family and friends that led her back to Jakarta where she passed away. Many of these friends and family paid their respects over the 4 1/2 days of funeral services that took place not far from where she and her sisters grew up. Ria is survived by her husband and daughter as well as sisters Hian Lie Tjahjadi of Fullerton, CA and Hian Giok Jahja of West Covina, CA. She was preceded in death by parents Josef Lim Hok Toan and Emma Tan Som Nio (Emma Kadiman). A gathering of family and friends will be held at White and Day Mortuary in Manhattan Beach on Friday September 19, 2014 from 5:00 pm until 7:00 pm. The Rosary begins at 6:00 pm. The Mass will be celebrated at St. James Church on Saturday September 20, 2014 at 2:30 pm with a reception following at the Lauw residence. In lieu of flowers, donations may be made to any charity that supports the treatment or cure for scleroderma or cancer.