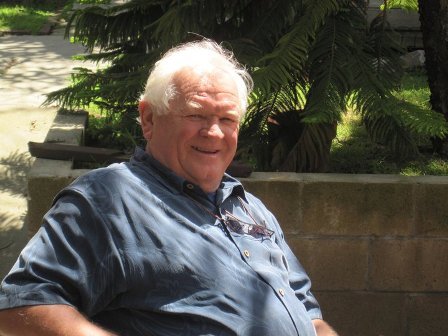 Reiner Franz Josef Lagraff, a 41 year resident of Manhattan Beach, passed away peacefully and unexpectedly in his sleep at the age of 80 on Friday February 27, 2015 in Manhattan Beach. Born in Rheinbrohl, Germany, to Robert and Elisabeth Lagraff. Reiner and his wife owned Peck Travel Service since 1972. Reiner and Lotte first met in Montreal in 1958 and married in Germany in 1960. In 1962, Reiner immigrated to the US landing in New York and driving his VW beetle to Pasadena where he had friends who immigrated a few years earlier. Reiner received a $400 loan to pay the passage so his young family could join him. He was so thankful that he continued using a credit card from that bank until his death. Reiner touched many people and made friends where ever he was. He enjoyed traveling and learning about cultures. He had a life long passion for soccer, coaching his two sons in AYSO, traveling to many of the FIFA World Cup tournaments, and playing on adult amateur teams. Until his death, he was the manager of the Alpine Kickers. He is survived by Wife, Lotte Lagraff, Sons, Ron (Linda) and Richard; and Judy Szilagyi Lagraff, grandchildren, Ilana, Erich, Robert and Nicole. Services will be held at 11:00 AM Friday, March 6, at Rice Chapel at 5310 Torrance Blvd. In lieu of flowers, donations may be made to your local AYSO organization.