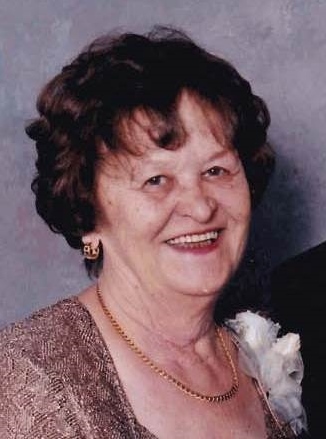 Regina Herceg, 86, passed away on Thursday June 11, 2015 in Manhattan Beach, CA in the comfort of her own home. Regina was born in Zagreb, Croatia on November, 17, 1928 and was a teenager during WWII experiencing tragedies that no one should have to go through. After the war, Regina earned a teaching credential and became a teacher in rural parts of Croatia. She loved teaching children and learning from them and in 1956 moved to London to work with children in a boarding school and later became an au per. In 1958 she married Kresimir Herceg, moved to Los Angeles and had her only child, Helena. Regina worked odd jobs the first years of their marriage to help make ends meet until she finally settled as a bookkeeper. However, she never lost her love for children and teaching; for many years Regina was involved in the local Croatian community teaching children about Croatian culture, traditions and history. She had a strong connection to her native Croatia which made her even more appreciative of her life in America; Regina was so excited to become an American citizen and felt she had achieved the American Dream. Regina was drawn to US and World politics and followed current events like a hawk. She was an avid gardener and looked forward to her trips to Home Depot to buy plants; the neighbors would quite often stop to admire the yard. Regina loved watching General Hospital –she said it was the most intelligent thing on TV these days! She loved Reese's peanut butter cups, getting a mani/pedi, the opera, and reading about biblical times. She loved Croatian poetry, was extremely proud of being an American and truly saw the good in everyone. Regina had a beautiful soul and will be sorely missed by her daughter and son-in-law, Helena and John, as well as all her family in Croatia and Australia. She was a member of St. Anthony Croatian Catholic Church in Downtown Los Angeles and a member of the Croatian Hall in San Pedro. Regina is survived by her daughter Helena Herceg Burke and son-in-law John Burke of Manhattan Beach; two brothers; nephews; nieces and cousins in Croatia and Australia. Regina is preceded in death by her husband Kresimir Herceg and her sister Ana Plesnik Metzger. The Funeral Mass will be held at St. Anthony Croatian Catholic Church, 712 N. Grand Avenue in Downtown Los Angeles on Monday June 22, 2015 at 3pm. In lieu of flowers, donations may be made to http://croatianamericanwomensclub.org/.