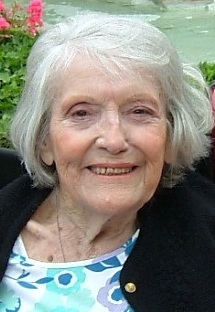 Regina Negrete was born on May 8, 1924 in Long Beach, CA and died on June 23, 2013 in Carlsbad, CA. She was predeceased by her husband, Ben in 1990. She was the sixth of nine children born to Waldo and Jesus Gastelum and was predeceased by five of her siblings. Reggie had many loving nephews and nieces as well as many grand-nephews and grand-nieces. Reggie spent her youth growing up on a small farm in Compton, CA that was operated by her father, three brothers (Edward, Ralph, and Paul) and her mother and five sisters (Alexandria, Camerina, Helen, Vera, and Billie) and herself. She was married to Benjamin Negrete of Gardena, CA on December 19, 1943 but lived on her parent's farm while Ben was stationed in Florida in the U.S., England and then France during the latter days of World War II. Reggie gave birth to Benjamin Edward Negrete on December 15, 1944 while Ben Sr. was serving in the Army Air Corps in Europe. Upon Ben's return, she later gave birth to Barbara Jean Negrete Wenhe on November 23, 1946. The family lived in Gardena and later in Torrance. Reggie received her certificate in cosmetology from El Camino Junior College in Torrance and worked as a hairdresser in Gardena for many years. After retiring from hairdressing, she worked as a retail clerk at Sears in Torrance. She went into full retirement in 1988 and she and Ben moved to a home that they had built on the golf course in the high-desert community of Silver Lakes near Helendale, CA. After Ben's passing, she moved back to Torrance in 1993 to a condo in New Horizons. She lived there for 20 years before finally accepting her children's request to move to an assisted-living community in Carlsbad, CA. Reggie was very active with her large, close-knit family and friends and much of her leisure time was spent traveling, boating, or golfing with the Gardena Kiwanis, Rotary Club, and Gardena Valley Boat Club. She was also involved in St. Anthony of Padua's Women's Golf Auxiliary for many years. She loved socializing with family and friends, doing cross-word puzzles and playing various tile-games (i.e. Rummy Cubes, Bunco). Reggie is survived and will be greatly missed by her son, Ben (wife Vicki), and daughter, Barbara Wenhe; her grand-daughter, Kristi Cashman (husband Gary), and her grand-son, Scott Wenhe (wife Pam) and six wonderful great-grandsons, Tyler Cashman, Jake Cashman, Anton Cashman, Alex Wenhe, George Wenhe, and Ben Wenhe. In lieu of flowers, please make donations to your favorite charity in memory of Regina Negrete.